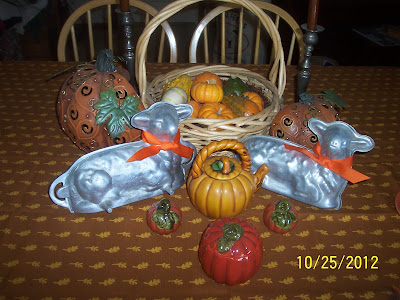 Wishing everyone a Happy, Safe Halloween, and for those on the east coast have fun whatever day you get to celebrate.
Posted by Tombstone Livestock at 2:52 PM 6 comments: 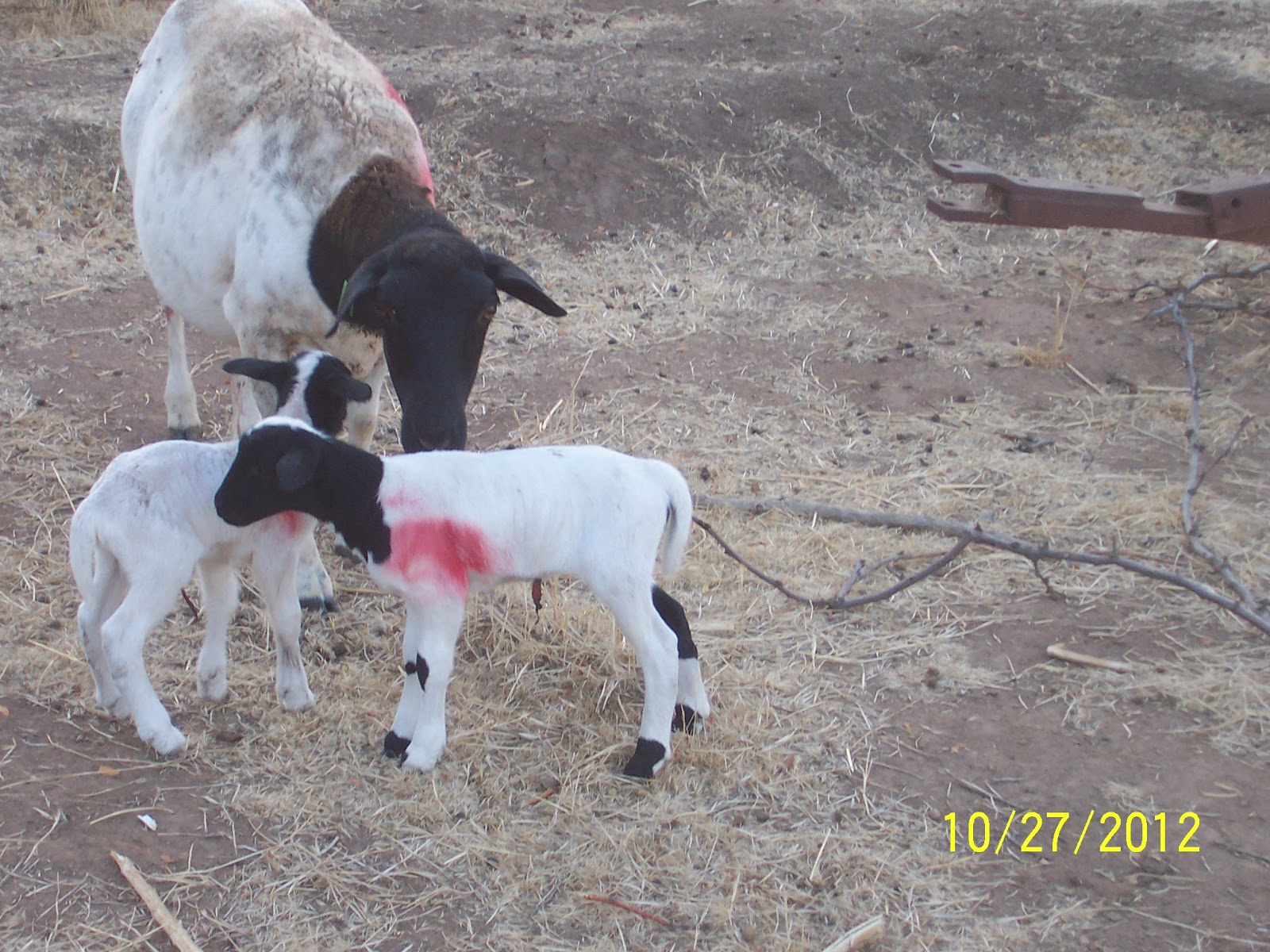 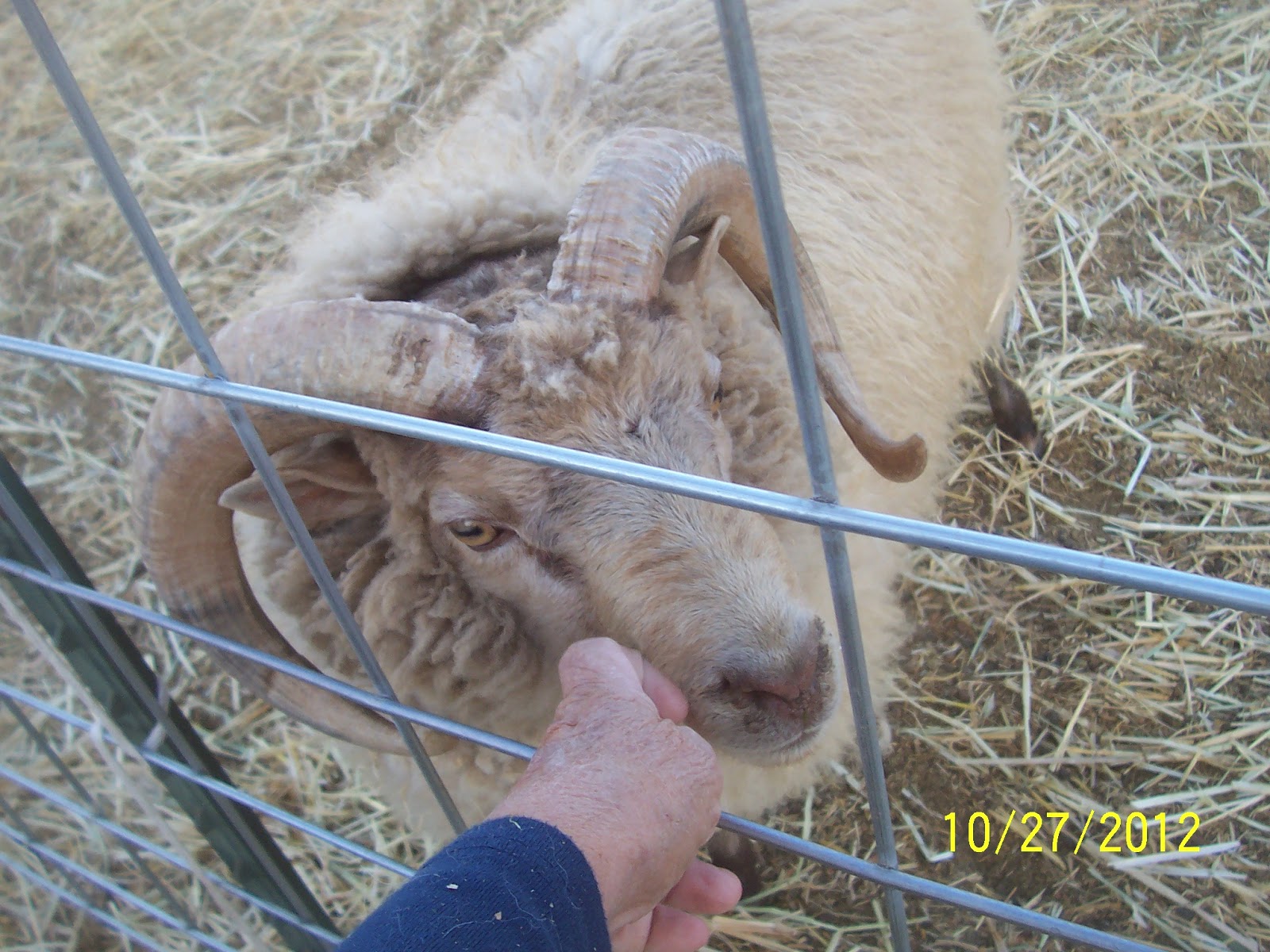 And his twin sister Brandy likes to have spots scratched ..... 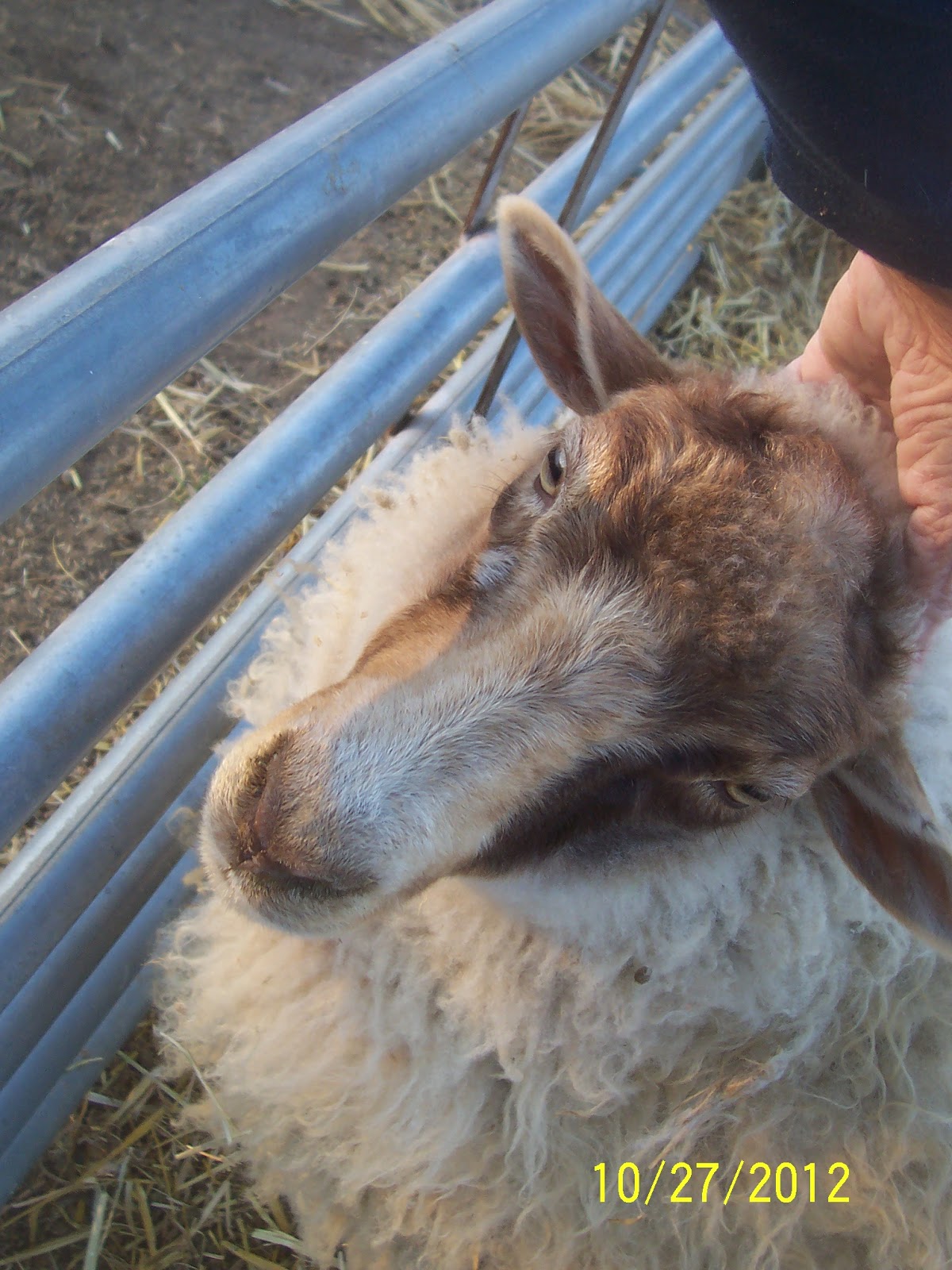 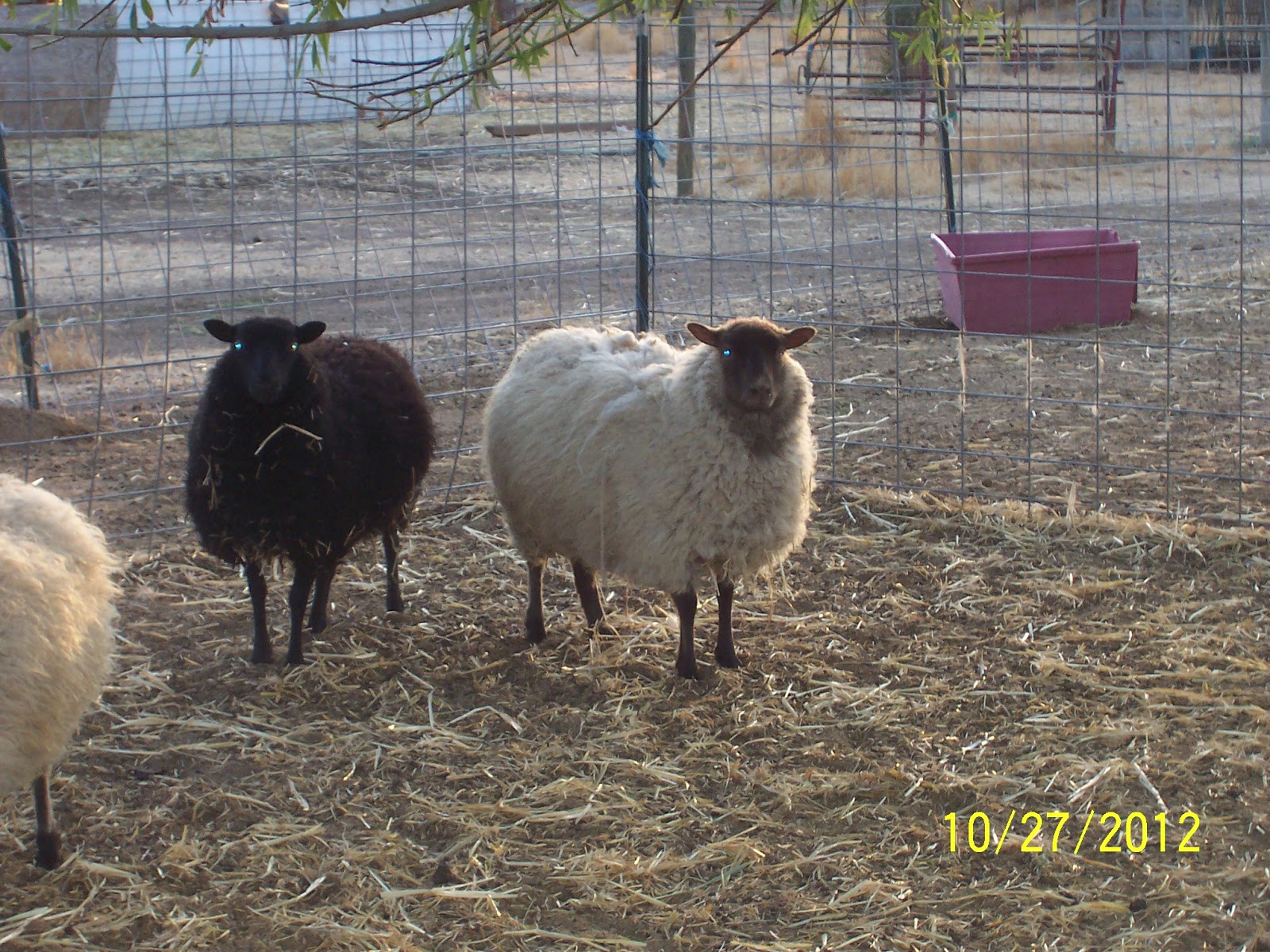 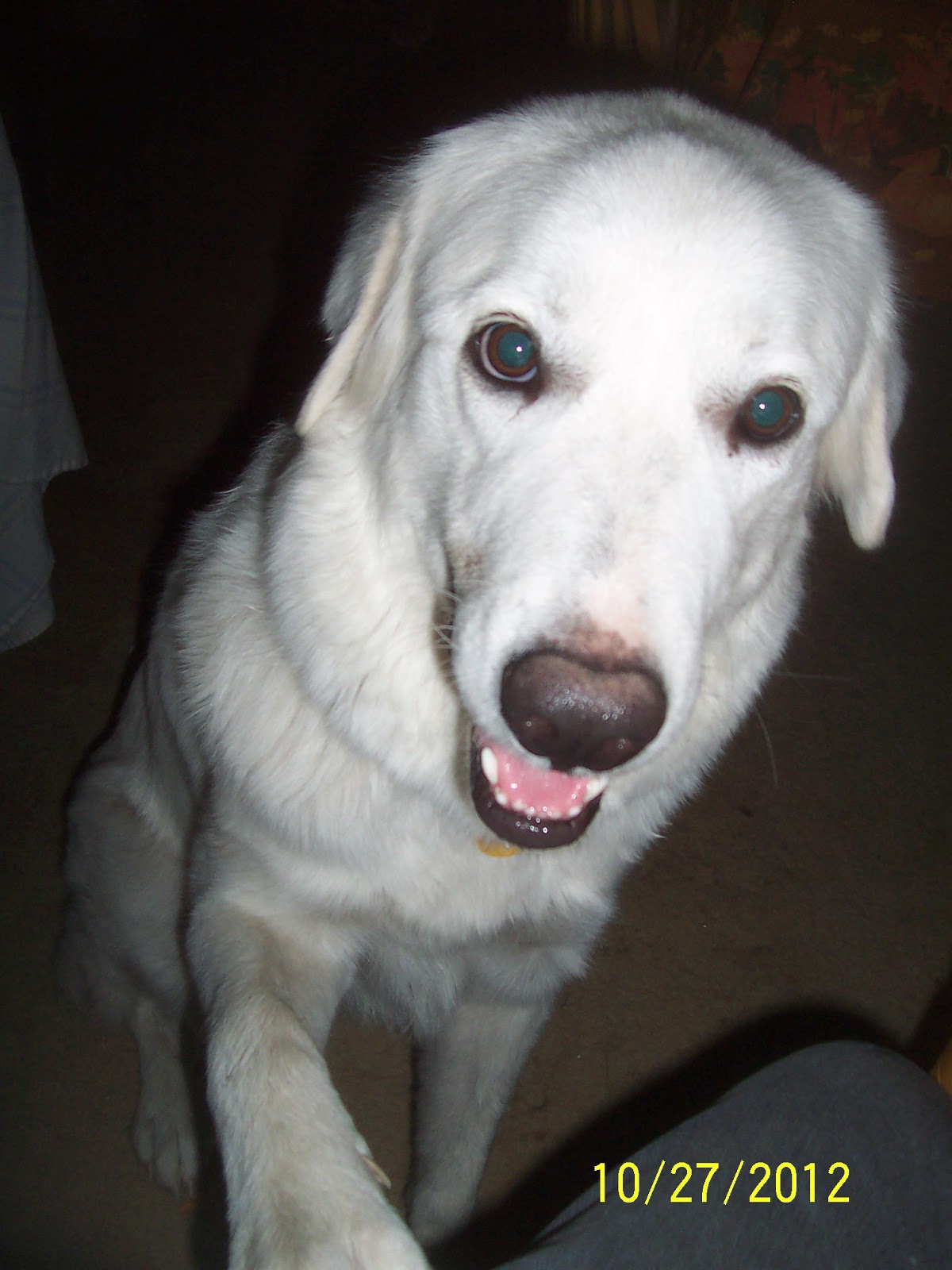 Here is hoping everyone in Sandy's path on the east coast stays safe and their critters too.
Posted by Tombstone Livestock at 8:08 PM 7 comments:

I took a trip up to the Mill in Oakhurst today to pick up all my Shetland and Angora Fleeces.  I saw this interesting rock on the way up so I had to stop and take a picture on the way home.  Lighting is not great but there was only a narrow spot on the road to get out and take a picture, and I did not feel like crawling thru a barb wire fence to get better lighting. 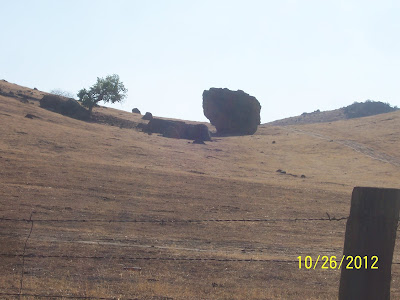 Kinda filled up my truck with bags of fleeces, stuffed in everywhere but the drivers seat ..... 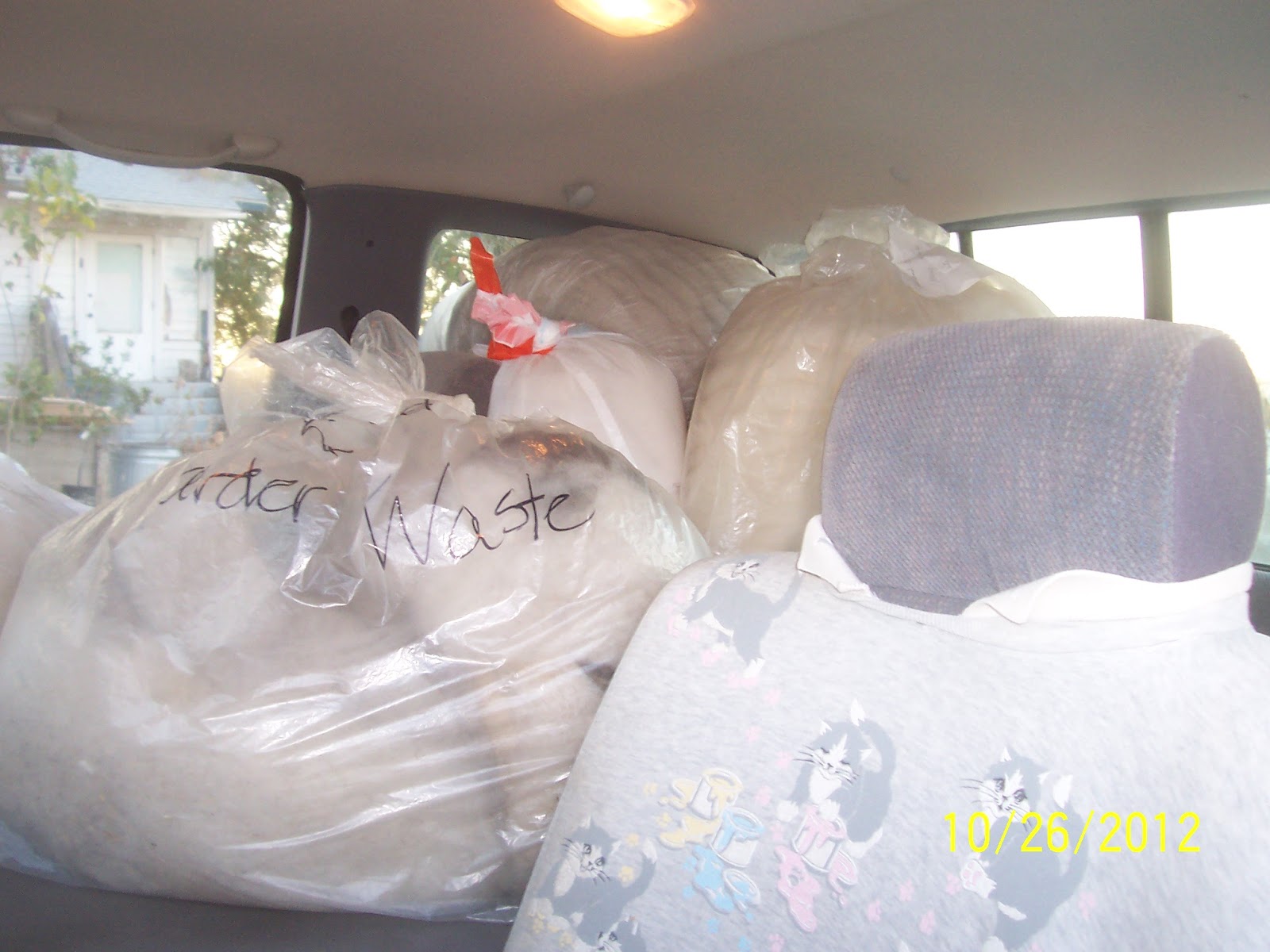 I know the correct spelling for this title should have been "Have you Heard" but here is the Herd, 4 goats of one breed can be called a herd .... right?  Stopped on the way back from the mill to pick up these 3 girls and 1 guy from friend selling her house and livestock to move out of state.  At the price of gas I like to combine my errands and she was only a couple miles from the route to the mill.  I did not want to see them end up at the auction so I now have a 3rd breed of goat here now.  These are registered Pygoras. 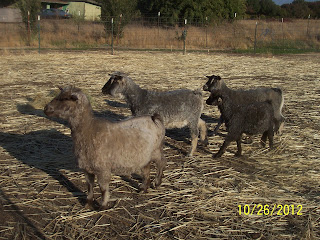 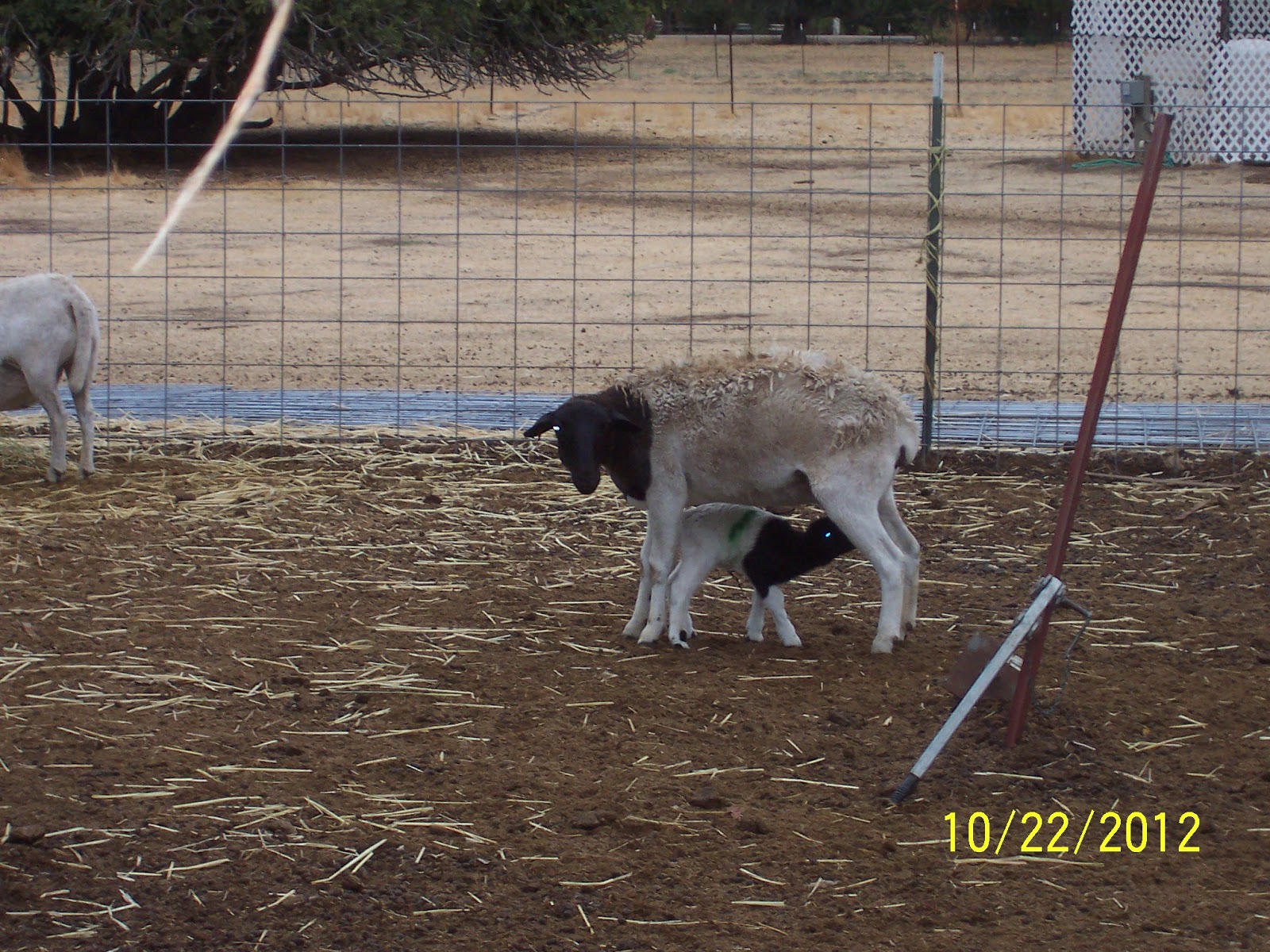 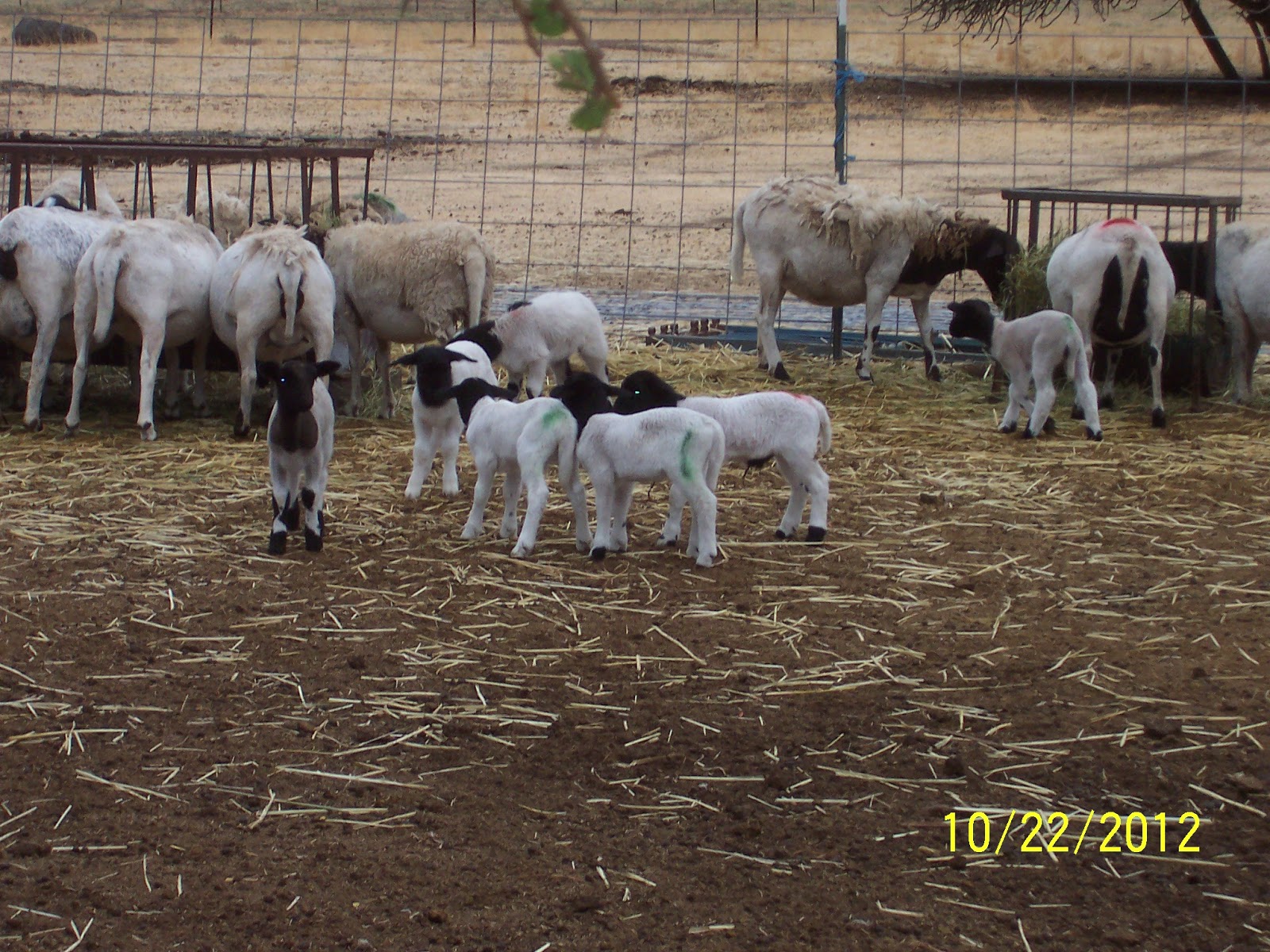 Checking out the tree, this is one of the objects in there obstacle course they run around ... 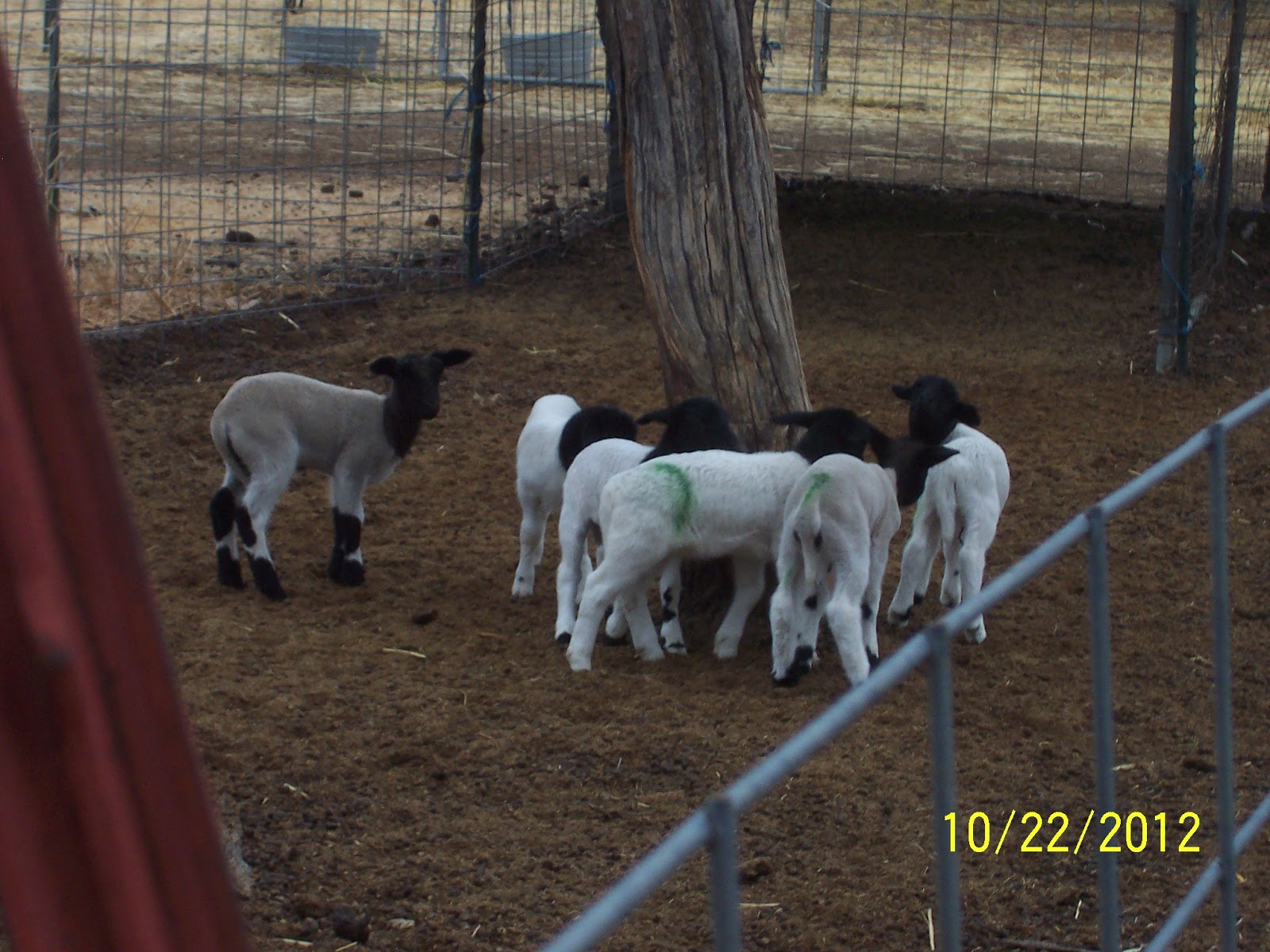 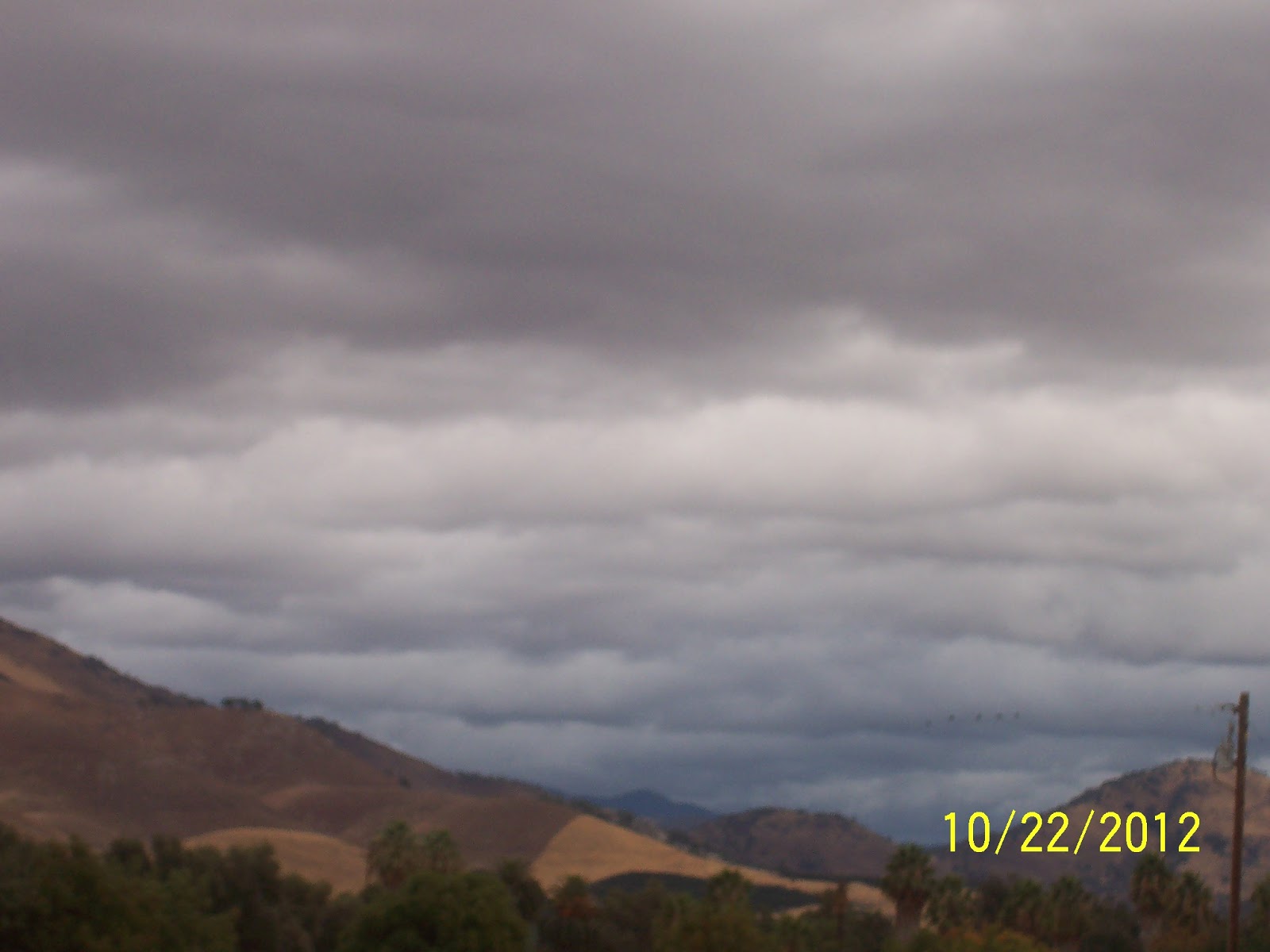 Posted by Tombstone Livestock at 9:16 AM 6 comments: 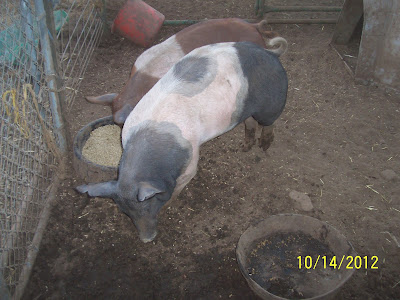 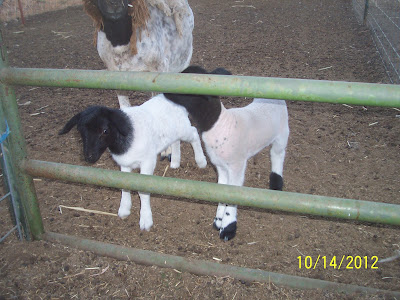 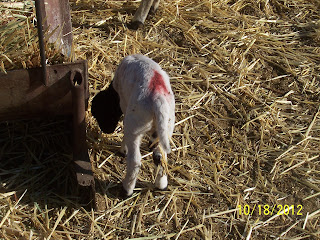 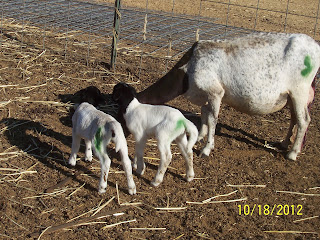 The Shetland rams are getting anxious for me to open their gates and put in the ewes, waiting for the first of November to breed the older ewes.  They yearlings are already in with the new ram, seems he is fickle and has a new girl friend every day.
Posted by Tombstone Livestock at 1:22 PM 9 comments:

Really there were clouds in the sky, but no rain, won't get any serious rain for awhile yet, but hey, the temperature dropped by 20 degrees in one day,  Yippeeeeee.  I am going to survive the summer of 2012 after all. 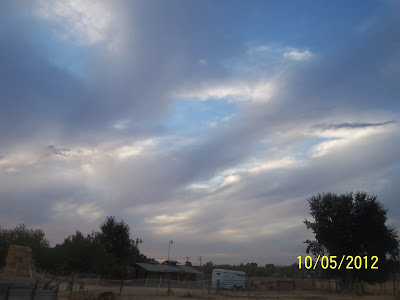 Those clouds made for a very interesting sunset. 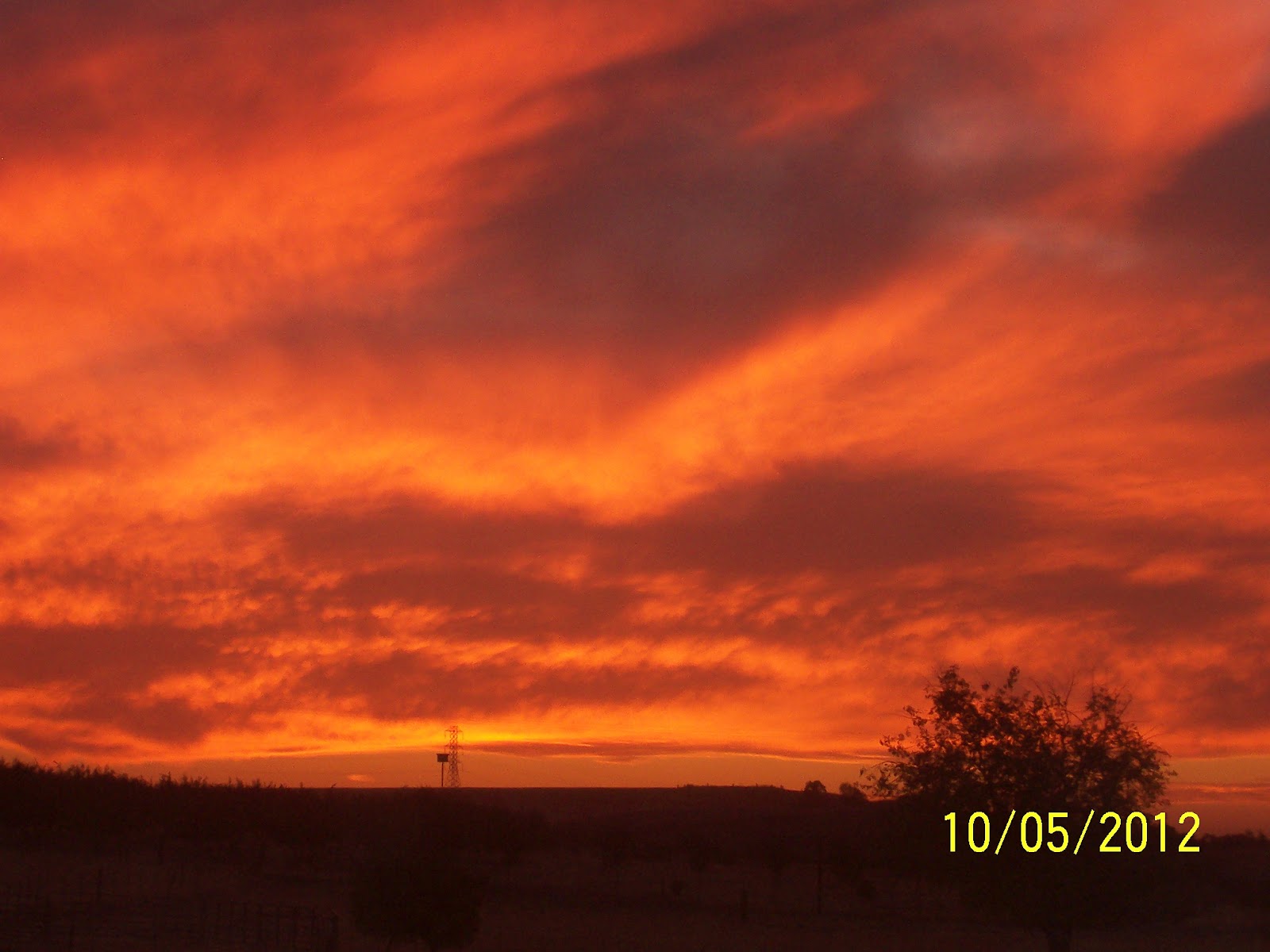 Even Dollar and Bella were happy for the cooler temps, and felt like playing, Bella was using Dollar for a chew toy until I moved to take picture, Dollar is watching me to see if that movement meant we were going back outside again. 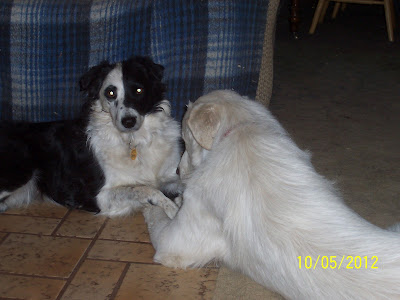 Patio is getting covered with leaves will soon be time to get my blower/mulcher toy out from storage, and add mulch to planters.
Posted by Tombstone Livestock at 12:05 PM 11 comments: