Few local scenic spots ..... view of the dam and the snow. 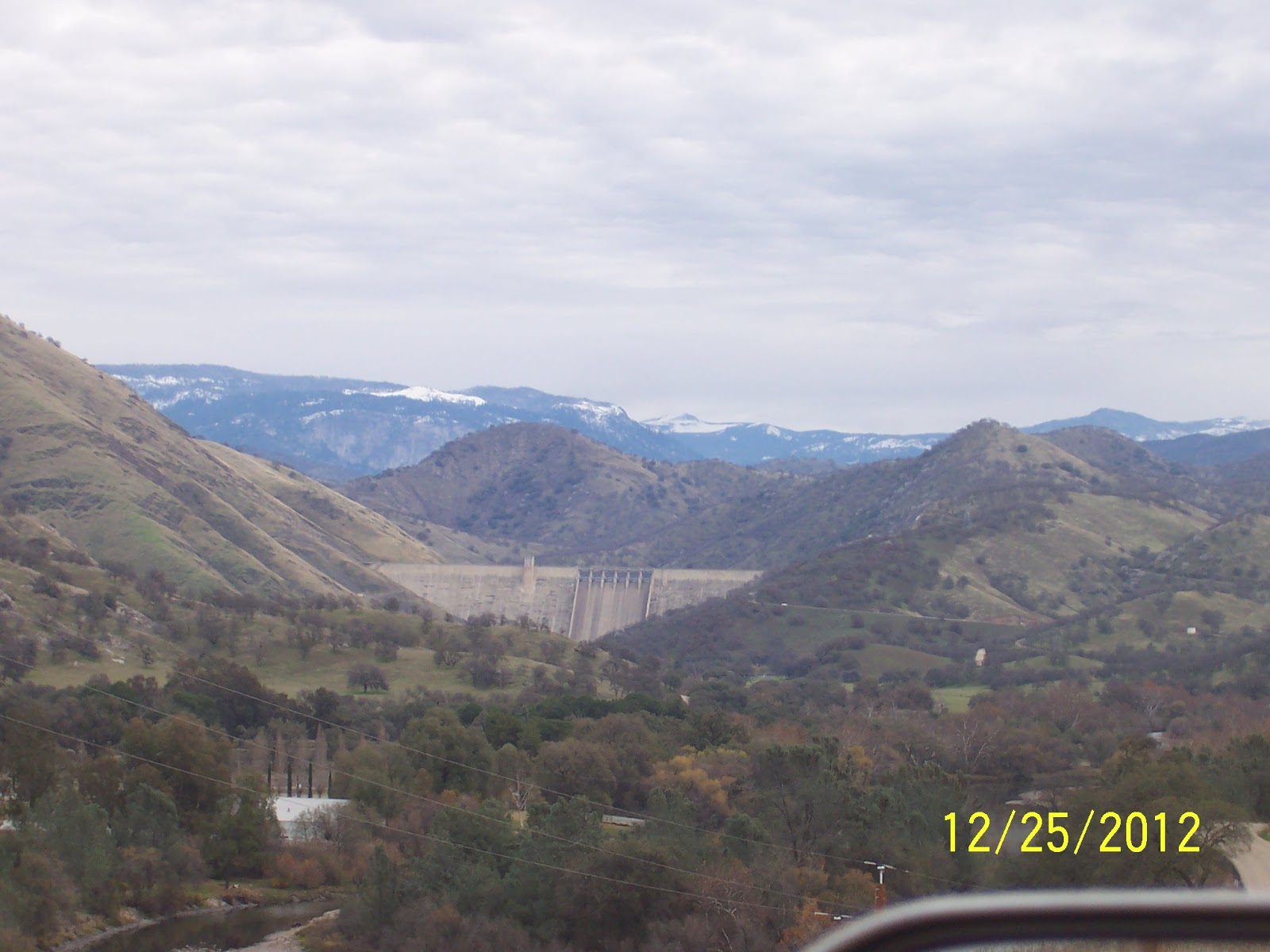 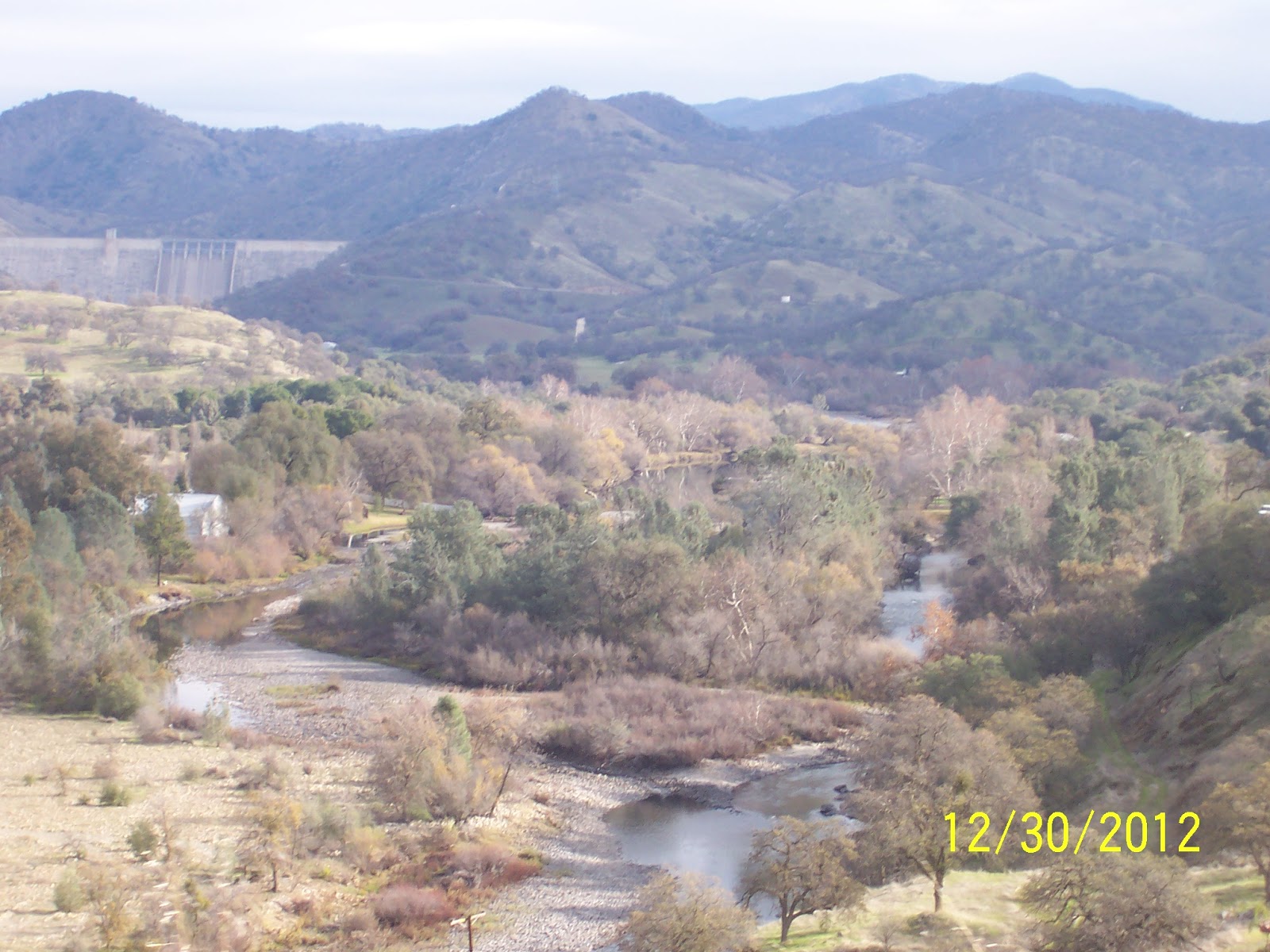 This is Dalton Mountain, most people think of the Dalton Gang in Kansas, but for a time they were train robbers in the San Joaquin Valley and this was their hideout. 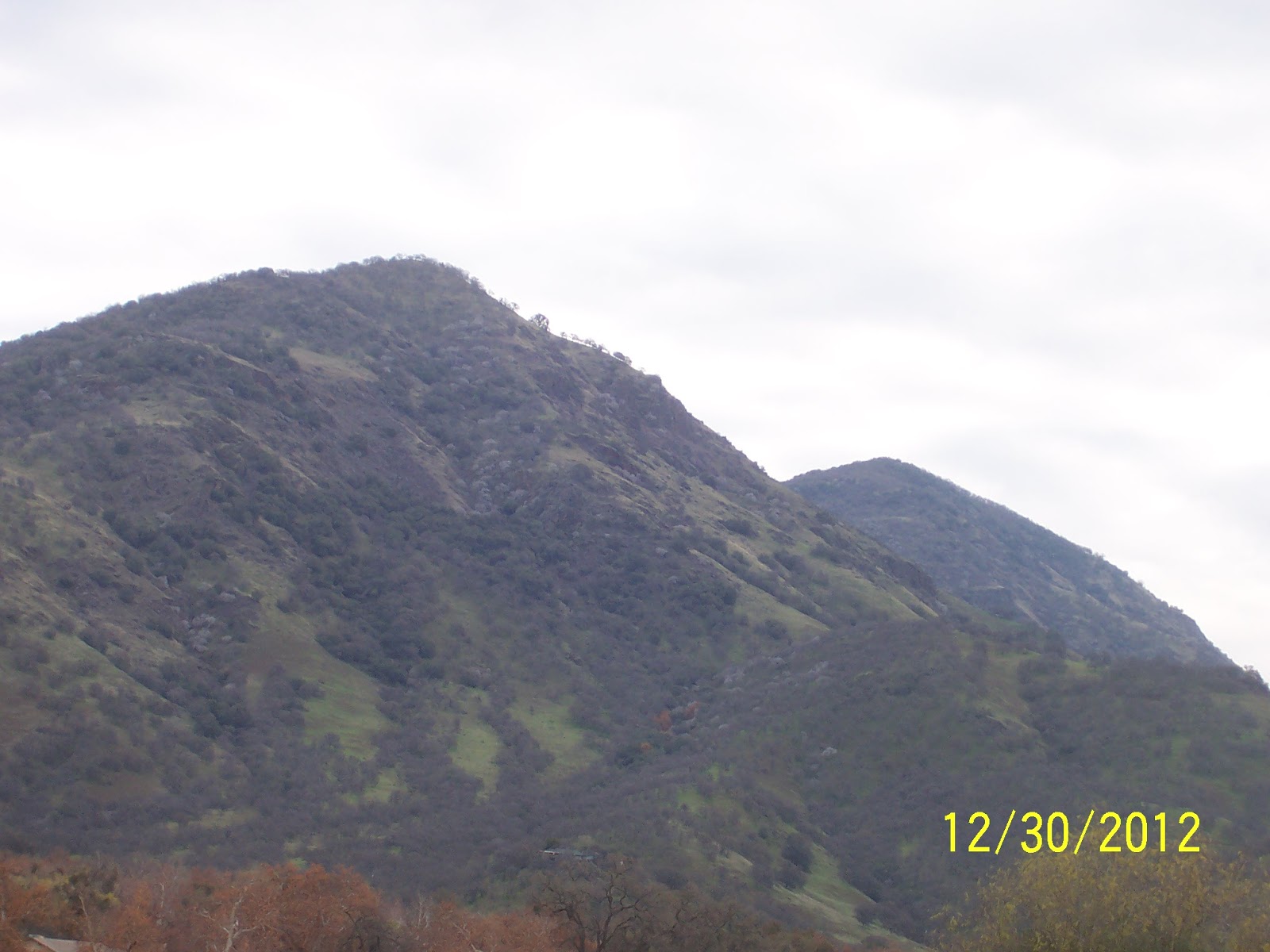 Saw the clouds on my way home, didn't pull over to take a picture ... this shot is from my front gate. 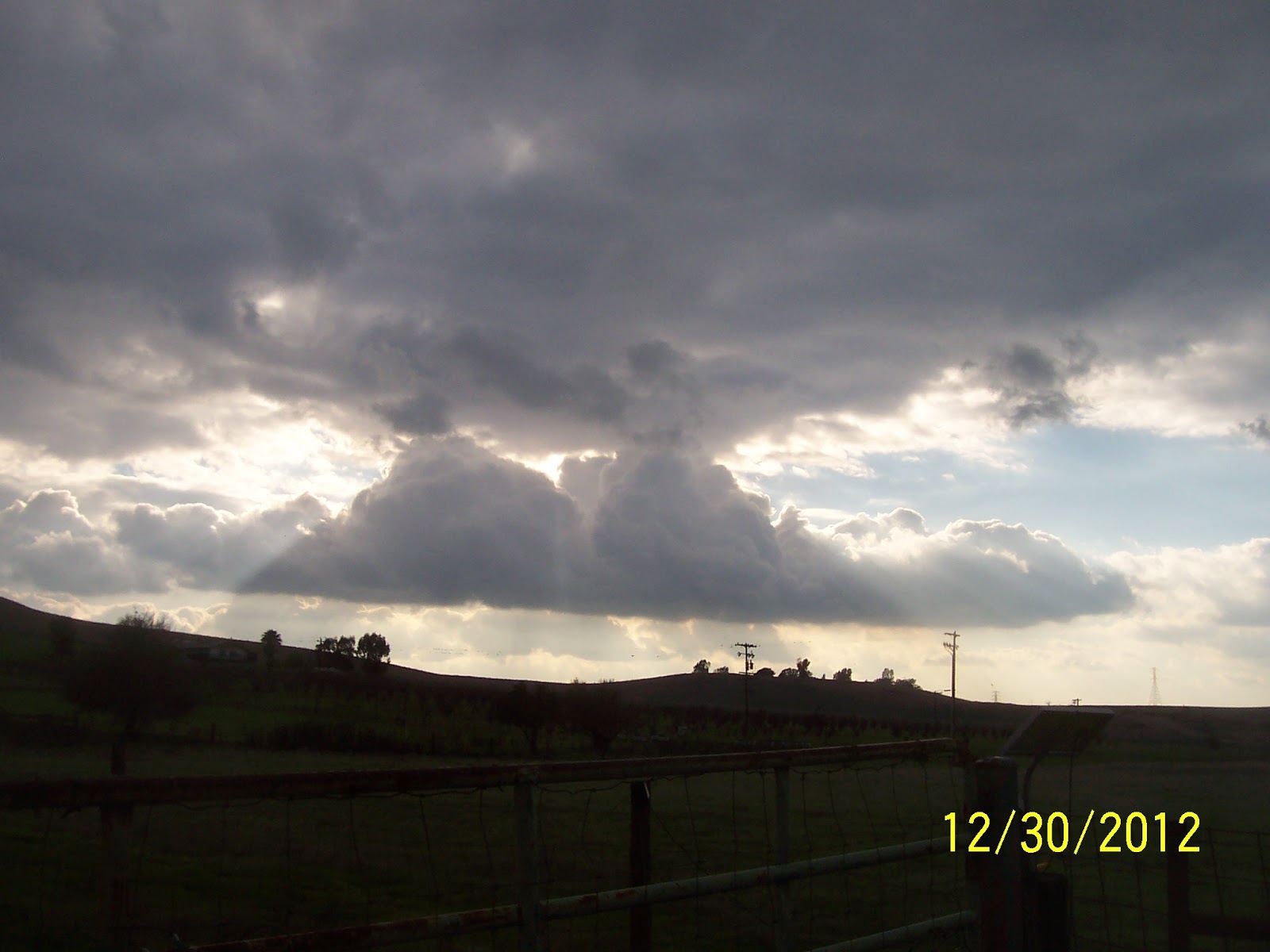 And around the house ...

Dollar all curled up on my right on the sofa napping 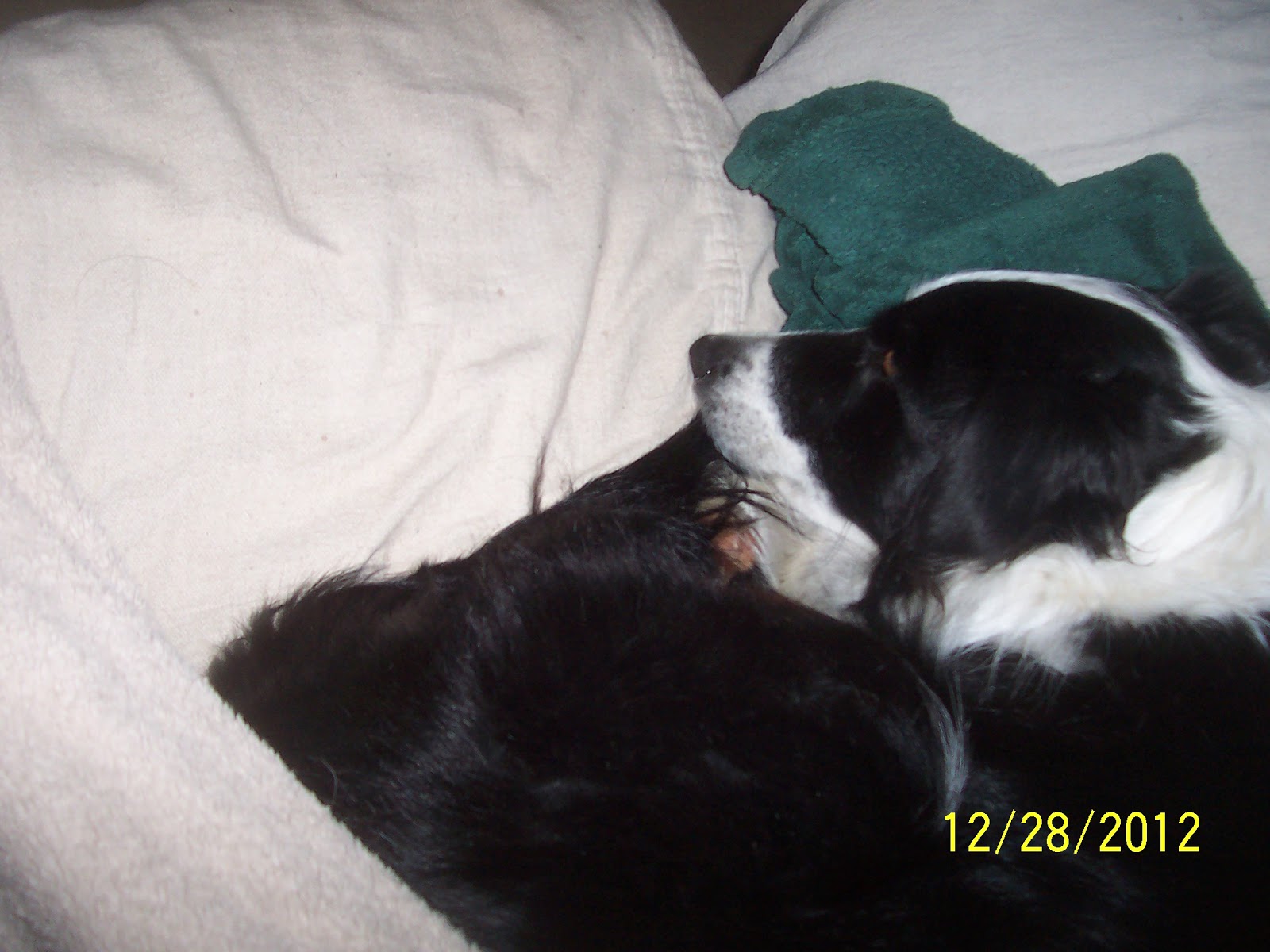 Bella napping on my left side 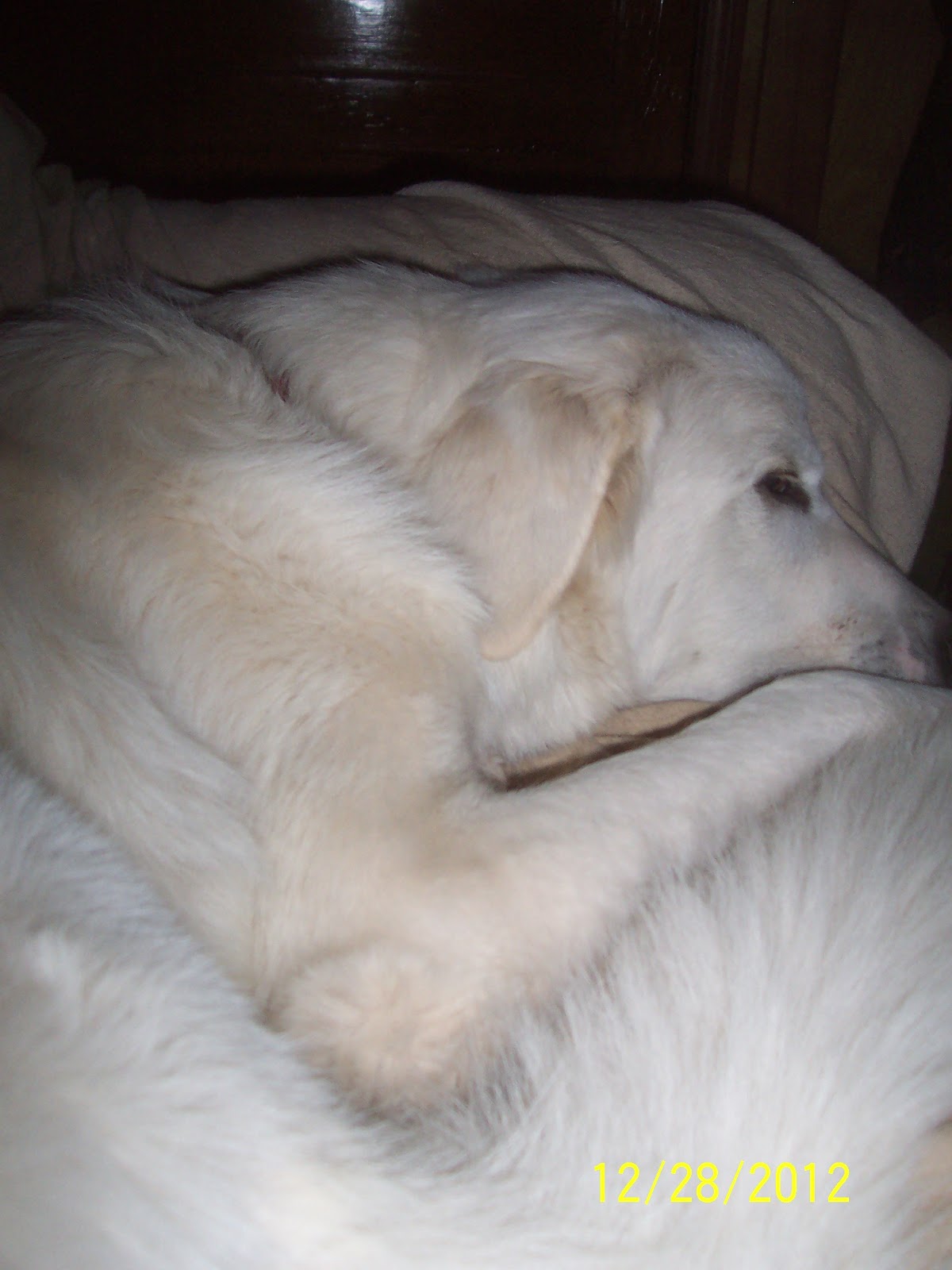 Bella telling me she is bored and wants attention, you can't see her paw
on my shoulder, telling me to get off the computer and play with her. 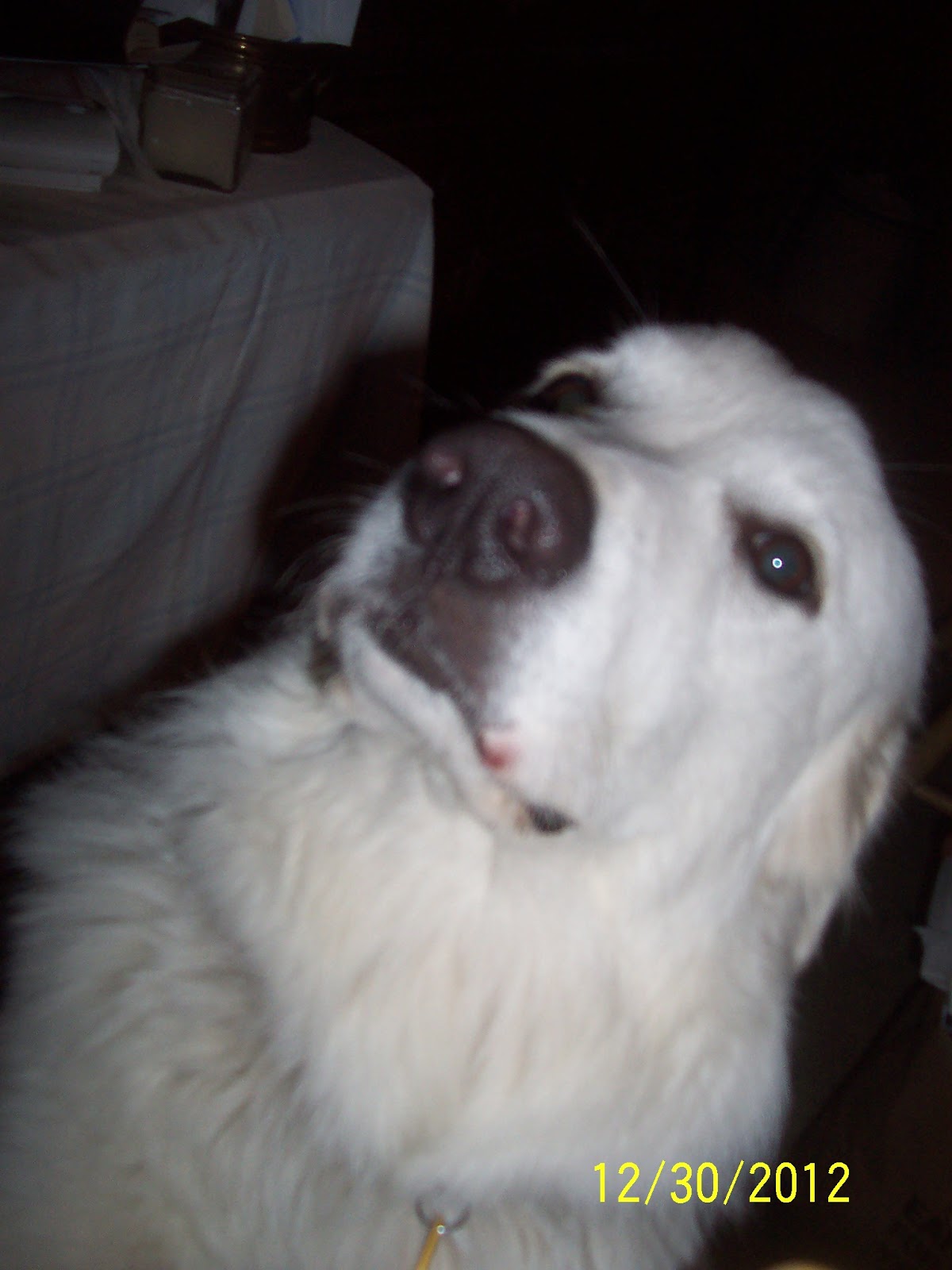 Posted by Tombstone Livestock at 9:13 AM 11 comments:

And all thru the house only creatures a stirring are Dollar and Bella, but we are here to wish a very Merry Christmas to fellow bloggers and their families.

Have a wonderful and safe Holiday 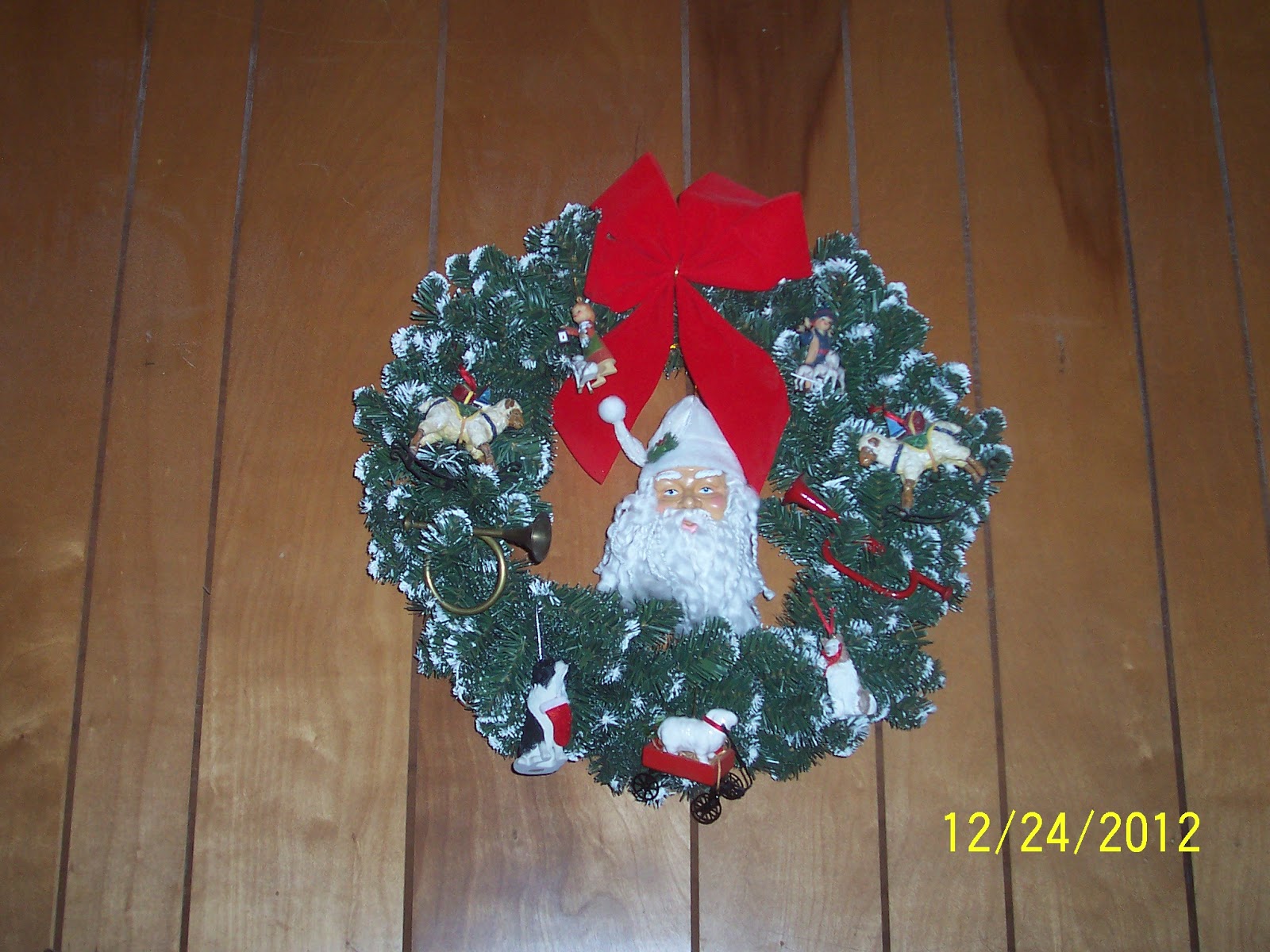 Happy sheep the grass is here.  The green trees in the middle of the picture and the rows behind them are all oranges.  This little valley smells wonderful in April when all the orange trees are in bloom. 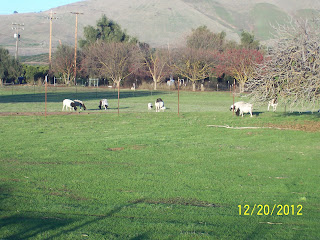 I took a little detour on my way home to get a better picture of the snow in the Sierras, this is the Highway on the way to Kings Canyon National Park. 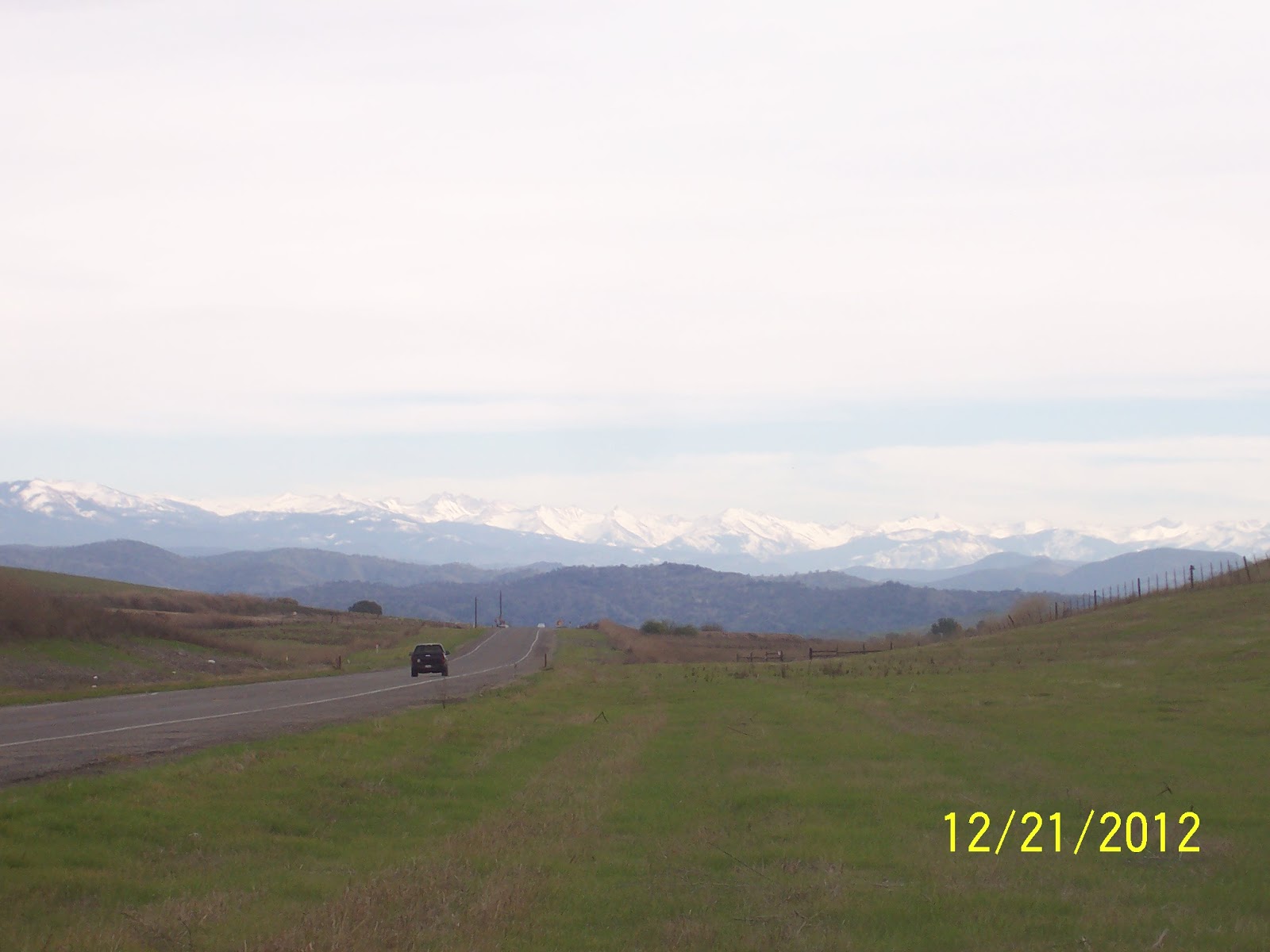 I have taken this picture before but the grass was all brown, the white building bottom right is home, love my little valley here (except when summer days are over 100 degrees) 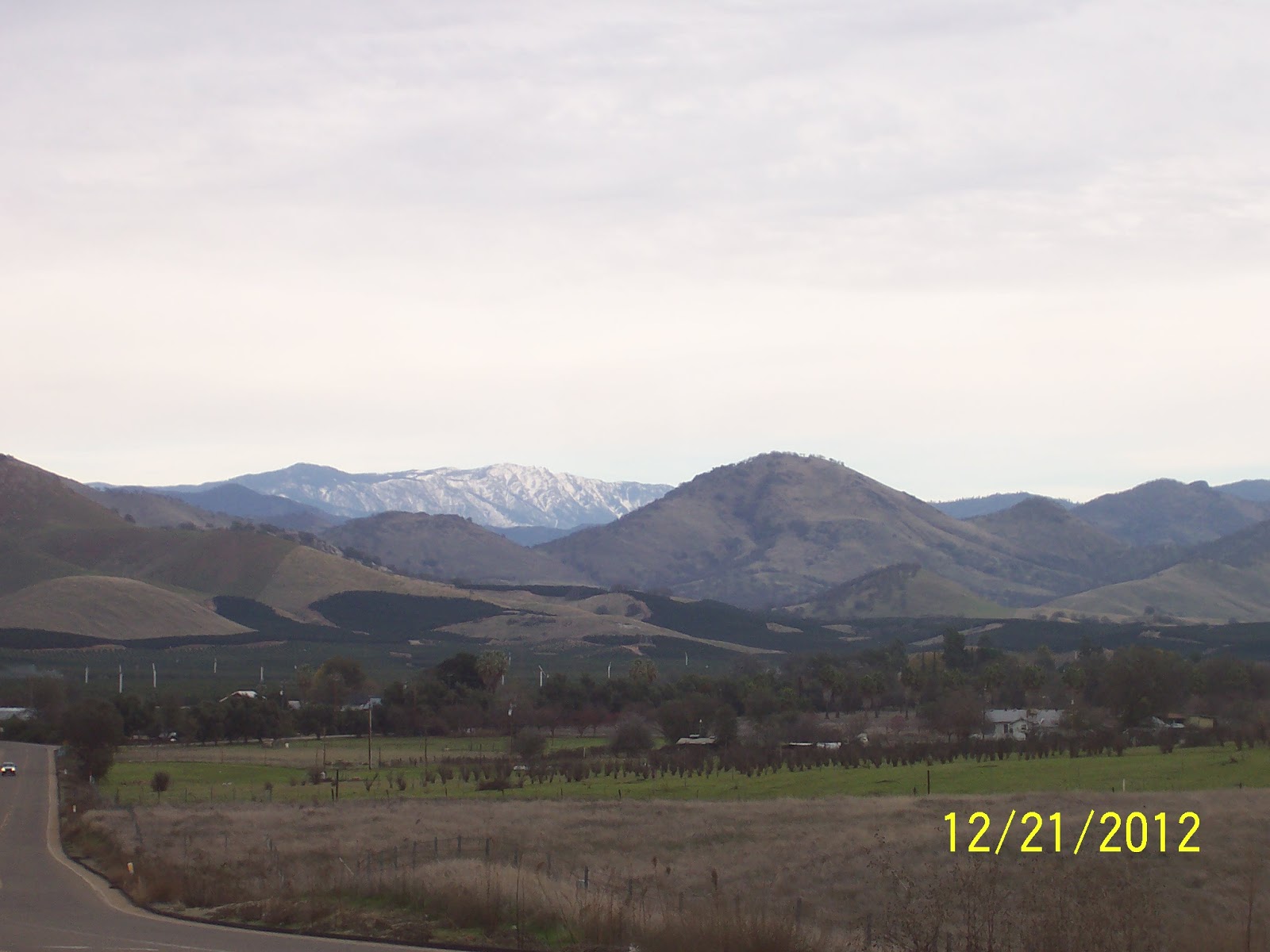 Wishing everyone in blog land a very Merry Christmas.

Posted by Tombstone Livestock at 7:42 AM 4 comments:

It's a long, long list.  And, it starts with all the people that want to get as many $$$$$'s as they can.  I just heard on the news one of the gun shops in Fresno will give a discount to any teacher coming in to buy a gun. There are already enough people in there buying guns so let's seen now they are going to target a specific group of people so they can sell more, while all of this is still being hyped on the news.  Kudos to Dick's Sporting Goods that said they would stop selling assault rifles.  Now that is a step in the right direction.

There are the gun manufacturers, let's see, let's make guns where you can insert a clip with several bullets, ok, let's make the clips bigger, then it will hold more bullets, and let's sell spare clips. How can it be fixed when the Barn Door has been opened ..... not many people will turn in assault weapons they have, and the bad guys certainly won't.

Then there is the news, they descended on a small Connecticut town, got to be the first with the most news.  Every TV station had to send all their top reporters, camera men, sound guys, broadcast trucks to talk to anyone they could.  It was so sad to see the school buses going by banks of news cameras and microphones along the side of the road for the students that went back to school today.  Makes it hard to get kids back into the normal routine they say they need.

Fresno County News broadcasts are full of shootings on a daily basis, last week a 12 year old boy was sitting inside his home when hit by bullets from a drive by shooting, he was not the intended target, he was taken off life support this week.  This was thought to be a gang related shooting.

And then ... we cannot leave out Hollywood and the violent movies, or software companies that create violent video games under the ruse of entertainment.  It's hard to believe Road Runner cartoons were thought to be violent.

I know the list is a lot longer, we all need to work at improving things unless the Mayan calendar is right and we won't be here after next week.

I do believe in our right to bear arms ... tonight someone on the news was blaming our founding fathers for not being able to make predictions beyond black powder and muskets when they wrote the 2nd amendment.  Wish we could turn back the clock and shut the barn door tight.

Now where did I leave my musket. 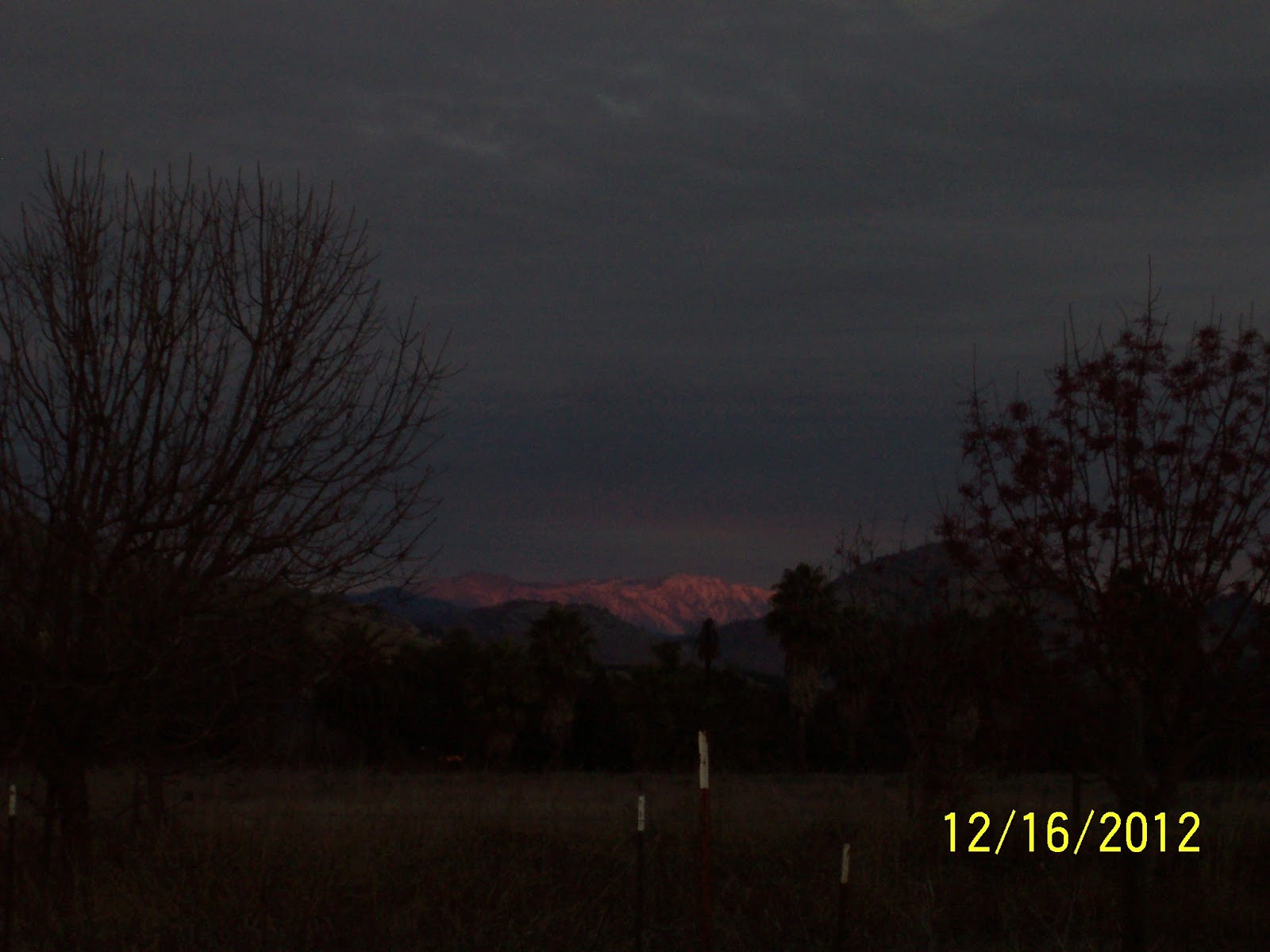 Looking west to the sunset Bought 2 pickup loads of firewood over the weekend, the last 4 days have been
ok to burn days so I have been enjoying staying toasty warm by the wood stove. 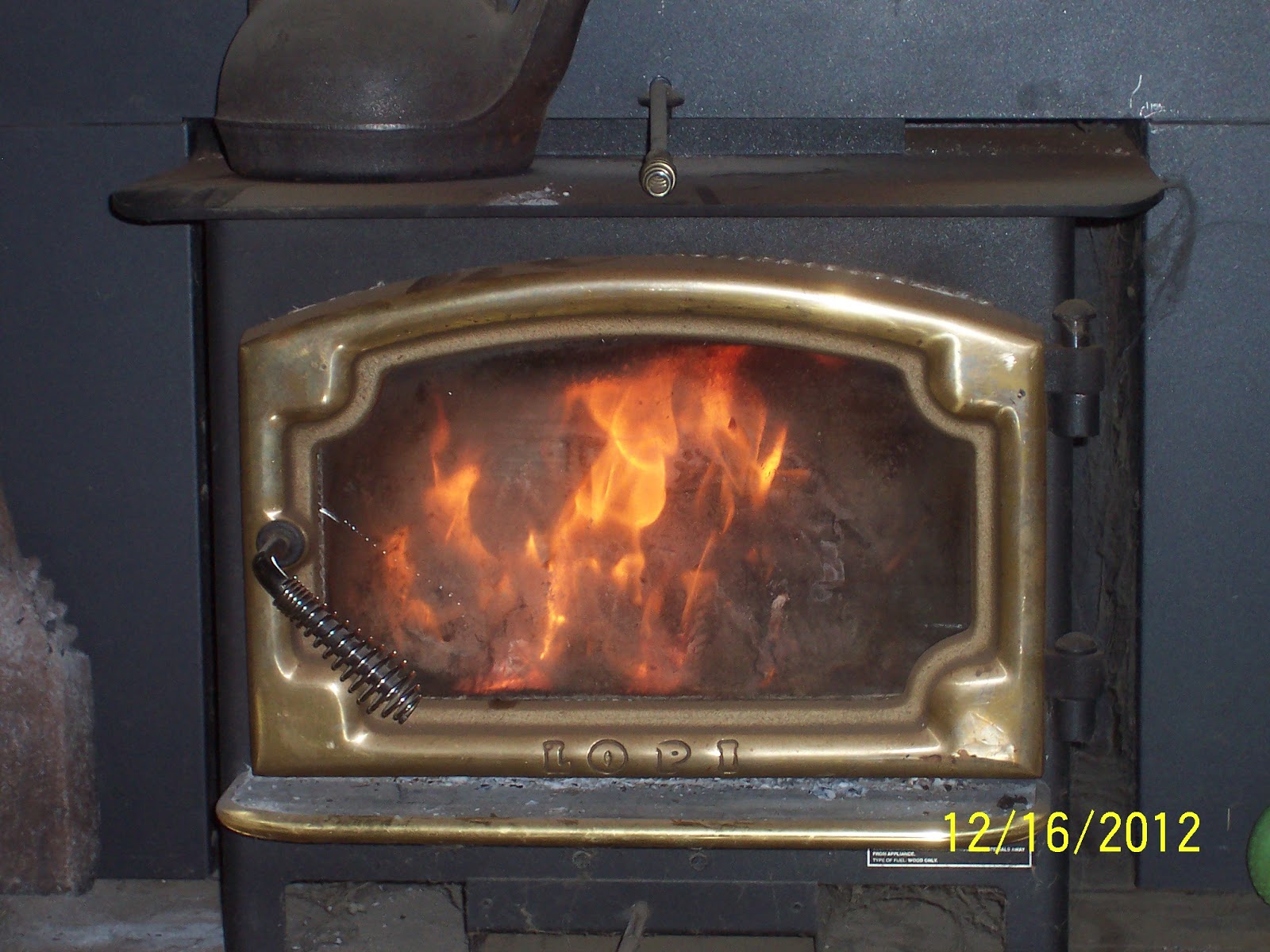 Not much else going on but watching the grass grow.
Posted by Tombstone Livestock at 8:39 PM 7 comments:

prayers to all the residents of Connecticut that have to deal with today's tragic event.  To think that elementary schools would even be a target is unbelievable.  I am a firm believer in one's right to bear arms, but, that amendment was written in the days of one shot black powder rifles.  There is no reason John Q. Public should have access to assault weapons.
Posted by Tombstone Livestock at 11:23 AM 7 comments:

Not much going on here, just day to day regular chores, grass is growing, been really foggy, supposed to get more rain today .... not whining 'yet' just cold, I know to all you in the northern states would think 40 degrees is tropical for this time of year, but I'm cold.  Today is finally an OK to burn day so I will bring in some wood for the wood stove tonight.  Trying to not run house furnace any more than just short periods to take the chill off, so I can hold off buying more propane til next month, tank is still half full but it can go so quick 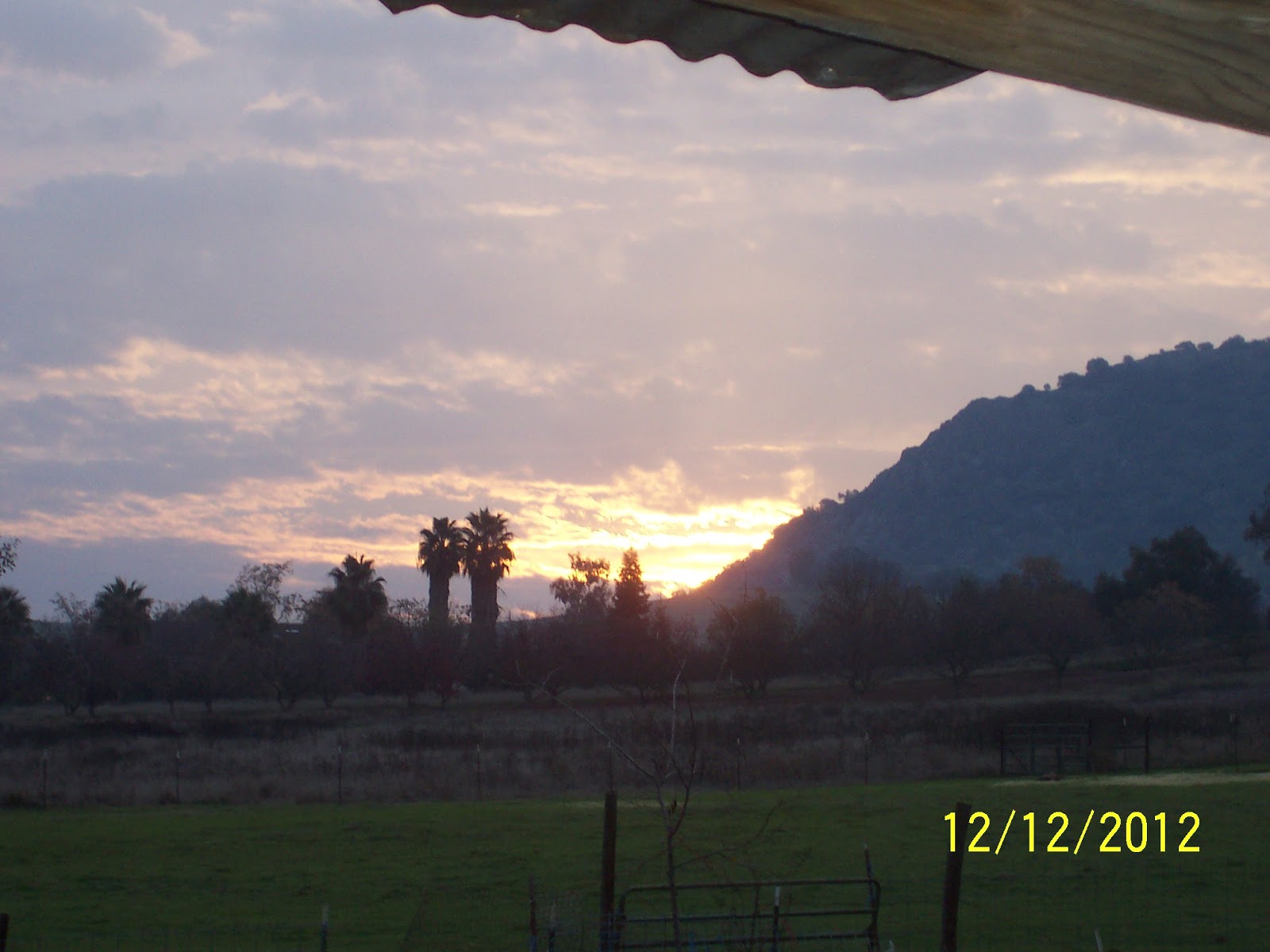 Posted by Tombstone Livestock at 8:24 AM 10 comments:

There is some snow up in the Sierras 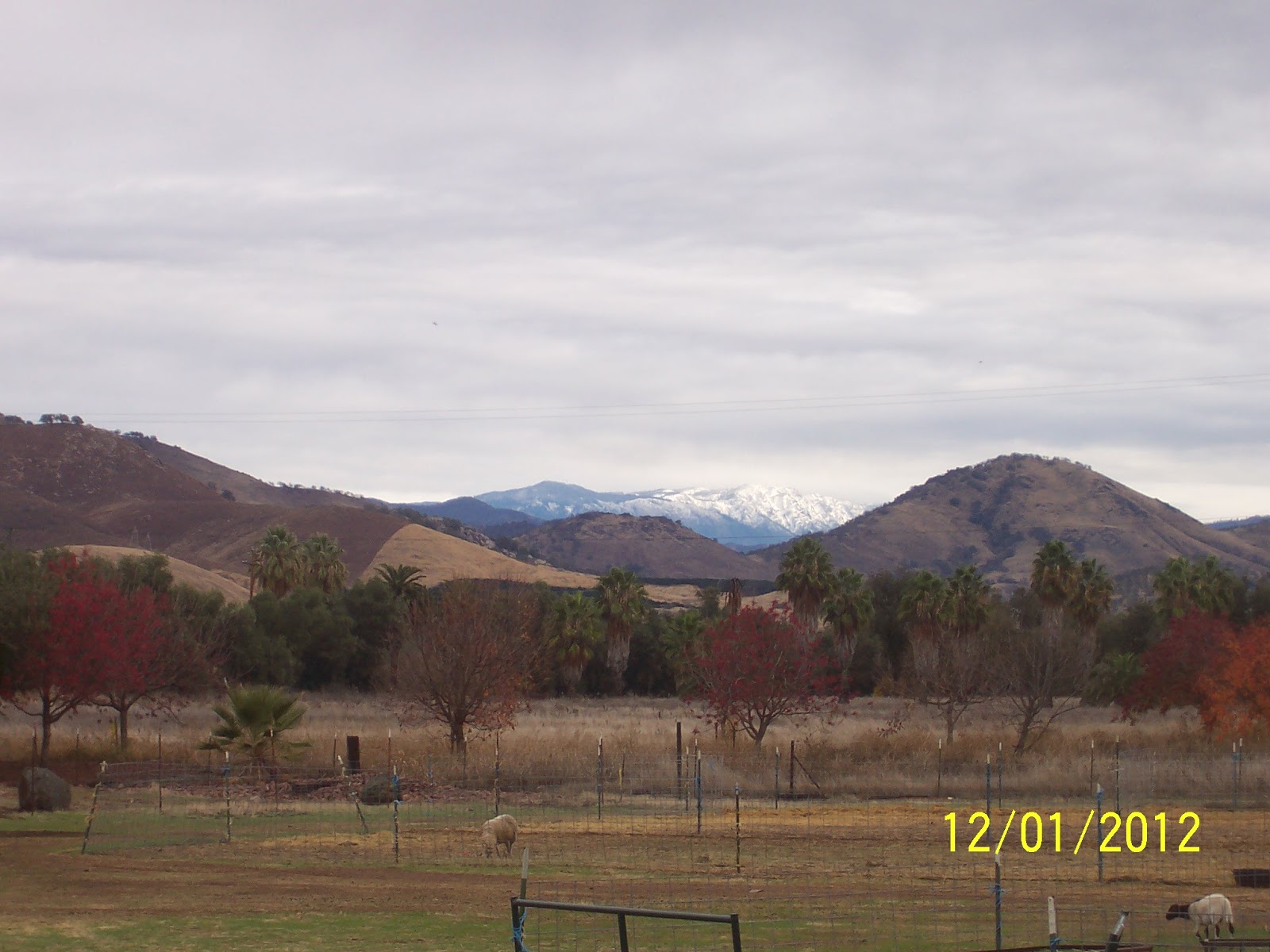 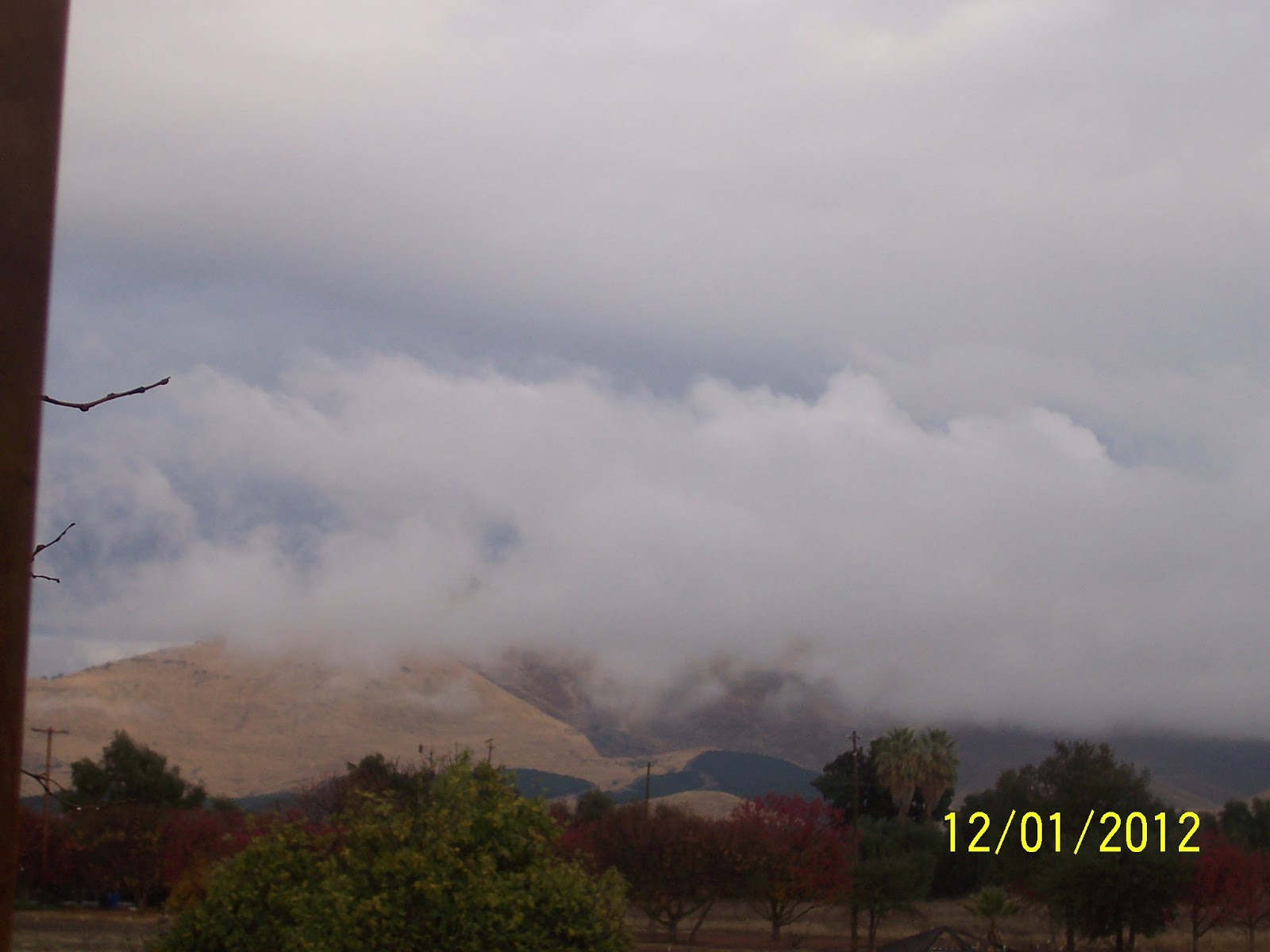 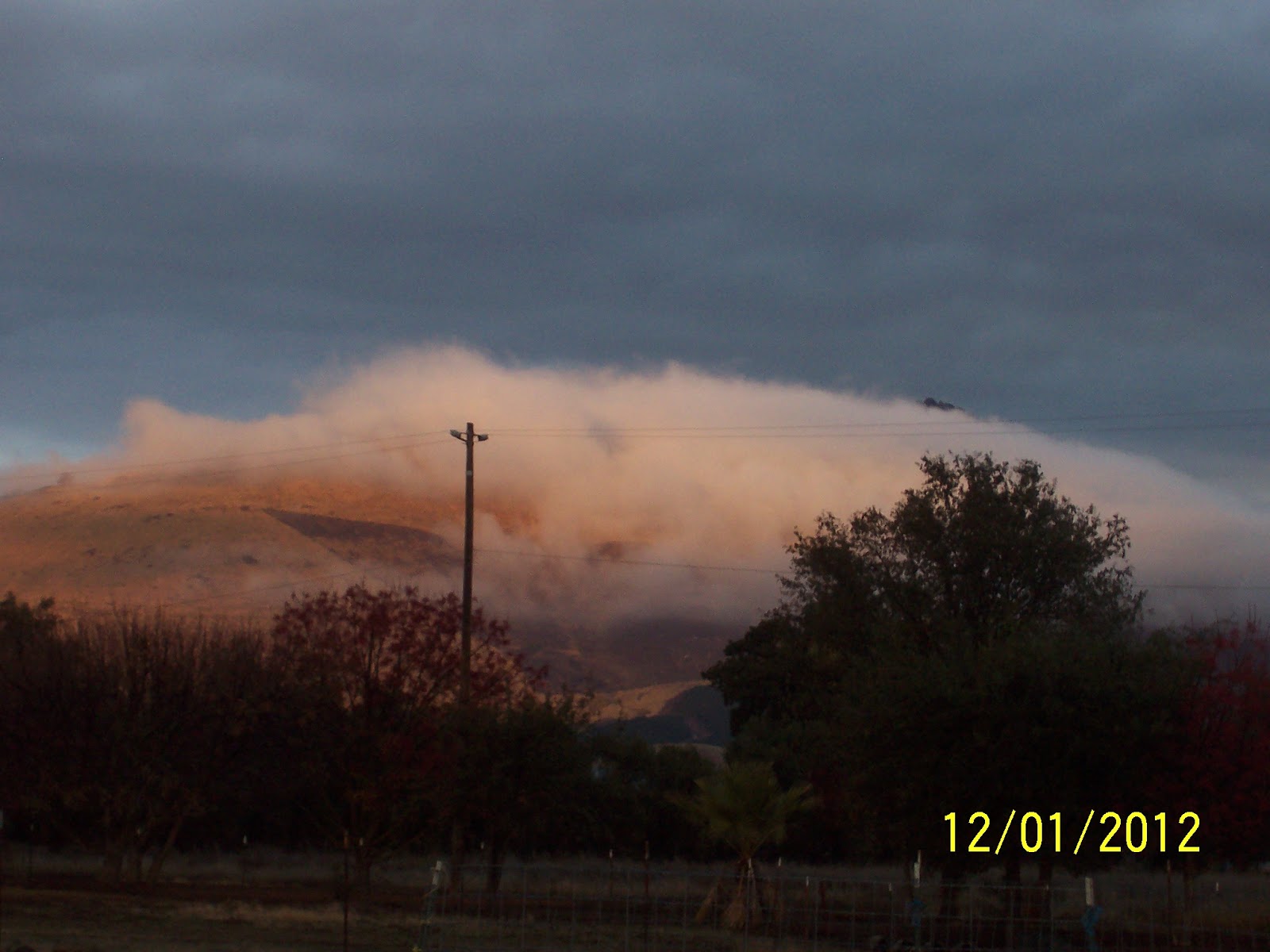 Been watching the grass grow 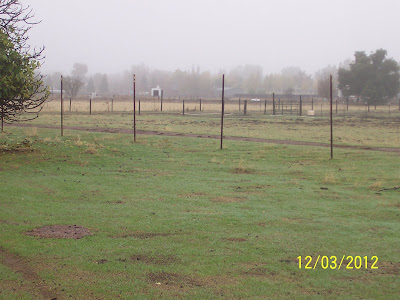 Sheep look so much better on green grass﻿ 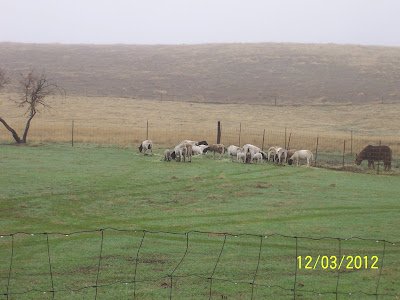 But no water in the creek yet, so far the last few days have brought an inch and a half of rain 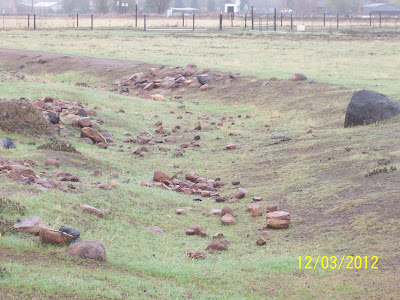 Posted by Tombstone Livestock at 11:48 AM 6 comments: