The end of June I bought 2 pigs, 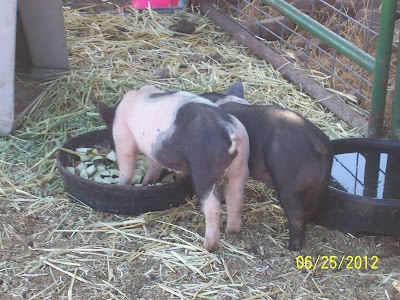 the one on the left is a gilt (female) the one on the right is a boar (intact male), however, I did not want an intact male pig, but I did want 2 so they would keep each other company. 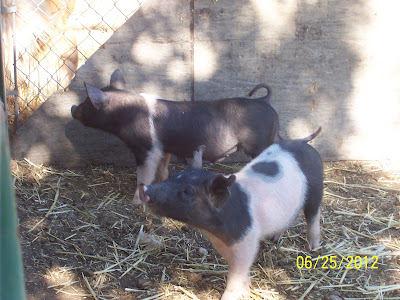 Saturday the male (the one in the back) went back to the sale, he weighed 60 lbs and sold for what I had paid for both pigs in June.  But, there were not a lot of pigs, let alone gilts at the sale, but I did come home with one, for $2.00 less than the one I sold, price of pigs was really high but did not want to come home without a companion for the other one. 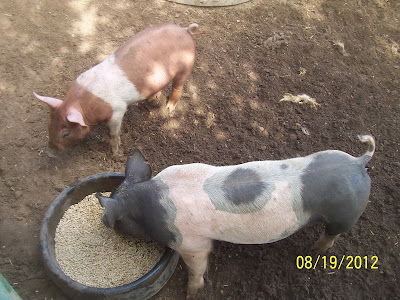 Here is Miss Piggy's new companion Petunia, she is about the same size as Miss Piggy was back in June, she has some catching up to do.